The Fraunhofer Institute for Solar Energy Systems (ISE) has developed a highly compact inverter for direct feeding into the medium-voltage grid.

Released as part of the "SiC-MSBat" project, the new inverter was built through the collaboration of Fraunhofer ISE with various partners. The project aims to foster the diffusion of electricity grids in applications connected to renewable generation plants and electrical storage systems. 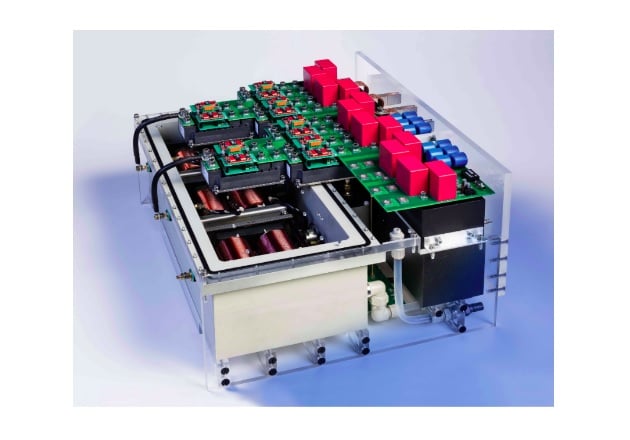 Power electronics are starting to play an increasingly decisive role in connecting systems like these to the grid, as well as in performing grid-supporting tasks.

However, inverters today mostly feed into the low-voltage grid, where they are coupled to the medium-voltage grid via large 50 Hz transformers.

Thanks to their high control dynamics, SiC inverters can also perform on grid-stabilizing tasks, as well as achieving much higher power densities than traditional inverters in a consistently smaller footprint. These benefits are of particular relevance when considering plants that have to be built in inner-city areas or existing ones that need retrofitting.

The new device released by Fraunhofer ISE is a 250-kW inverter stack developed for feeding into 3-kV AC grids.

Thanks to its state-of-the-art silicon transistors, the inverter allows for ten times lower switching frequencies than possible in this voltage class, providing savings on the passive components, which can now be designed in a smaller format.

The new inverter features active liquid cooling via a synthetic ester, which is pumped through the device and cools both the transistors via a liquid heat sink and the filter chokes contained in a closed tank.

In addition, the cooling medium also acts as an electrical insulation medium, allowing for the manufacturing of compact filter chokes. 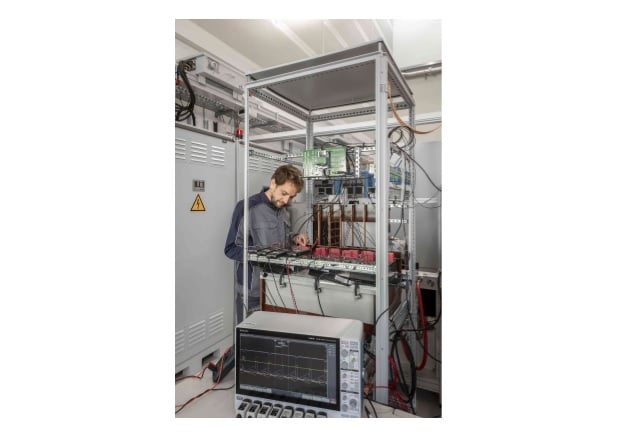 Built and tested in Fraunhofer ISE's laboratories, the inverter achieved a high-efficiency rate of 98.4 percent at rated power.

It was funded by the German Federal Ministry for Economic Affairs and Energy as part of the 6th Energy Research Program and saw the participation of various partners including Semikron Elektronik GmbH & Co. KG and STS Spezial-Transformatoren Stockach GmbH.

In terms of applications, Fraunhofer ISE said the new inverters could be mainly deployed in large photovoltaic power plants.

"With the 1500 V PV technology that has been available for a few years, the low-voltage directive is already being fully exploited,” commented Andreas Hensel, Head of Team Medium Voltage Power Electronics at Fraunhofer ISE.

According to Hensel, the next step will be the transition to feed-in at medium-voltage level, which will translate to significant savings for companies, as well as improvements in the system concept of PV power plants.

Other potential applications mentioned by the team refer to other medium-voltage power electronics such as drive systems and rail technology.