Potential applications include laptops, AV equipment, home appliances, and electric vehicles, among others. 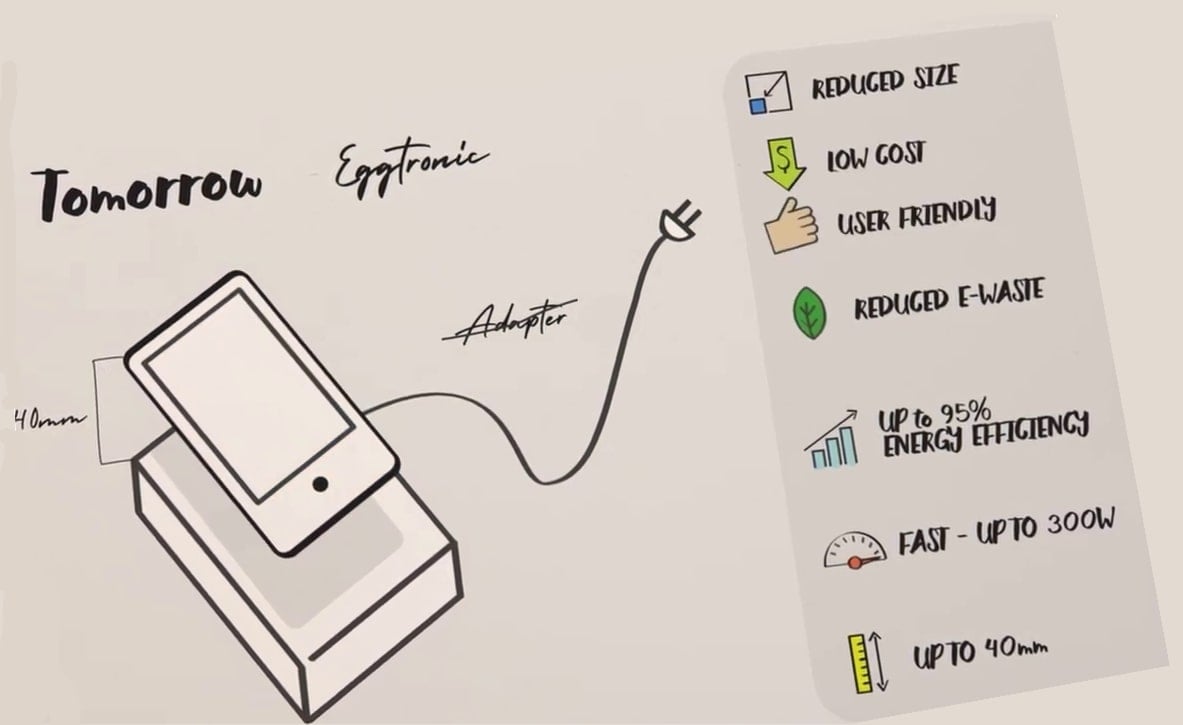 The company was established in 2021 by Igor Spinella and has so far raised a total of $14.4 million in funding. Specifically, Eggtronic is the firm behind the EcoVoltas power conversion technology, which makes AC/DC, DC/DC, and DC/AC converters ultra-small, powerful, and super-efficient.

EINOVA is Eggtronic’s Retail Division and is in charge of developing power electronics products based on Eggtronic's patented technologies.

EINOVA currently has manufacturing facilities in the US, Italy, and China. The E2Watt technology was developed at the company’s Italian facility in Modena.

While traditional Qi wireless power usually works up to a distance of 5 mm from the device requiring charging, and with a maximum power of usually up to 30 W, E2WATT technology can reach up to 40 mm while delivering up to 300 W.

The breakthrough is possible thanks to E2WATT’s technology, which is powered directly from AC mains, thus eliminating the need for an external power supply.

The single-stage hybrid design also reduces losses significantly when compared with conventional double-stage wireless technologies, and can deliver consistently increased peak efficiencies of up to 95%.

“We developed the entire E2WATT wireless platform, from the concept to proprietary architecture and firmware, in order to overcome the limitations of standard AC power adapters and Qi wireless chargers,” said Eggtronic CEO and founder Igor Spinella.

“GaNFast power ICs are easy-to-use, digital-in, power-out circuit building blocks which meant the expert team in Modena could focus on their proprietary, high-speed E2WATT topology and achieve a very fast time to market,” he added.

Finally, the E2WATT solution is based on Microchip Technology’s dsPIC33 microcontroller, which features a powerful DSP core, high-speed ADCs, and high-resolution PWMs, which in turn enable the unique system architecture resulting in increased z-distance charging.

“Our collaboration with Eggtronic has resulted in the development of a unique and differentiated Qi transmitter design for customers,” commented Joe Thomsen, vice president of Microchip’s 16-bit microcontroller business unit.