Looking to meet the growing demand for compact solutions in the handling of high-power 8/20 µs surges, Bourns yesterday introduced its new, surface-mounted PTVS1 and PTVS2 series of power transient voltage suppressors (PTVS), the first it says to be housed in DFN packages.

The result of that packaging is a footprint up to 50% smaller than those of competing devices, which are typically only offered in “bulky over-molded or through-hole packages,” said Jennifer Joseph, semiconductor product line manager at Bourns. 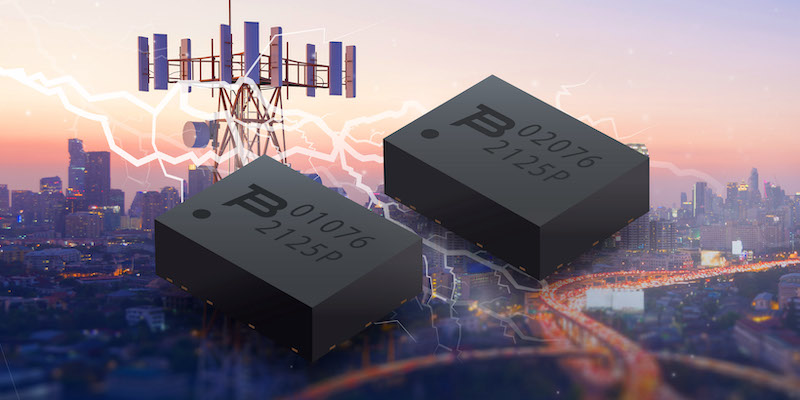 In another first, the PTVS2 series is also the industry’s sole PTVS to sport surge handling capability at up to 2 kA, Bourns said, echoing a trend of ramping surge protection requirements in a wide swath of next-gen AC and DC line protection applications, the company noted.

A PTVS is a two-pole device connected across a line to protect that line against the short, powerful surges that are often the result of lightning strikes, inductive switching surges, or transient voltage surges.

But before we delve further into series specifics, let’s look at a few key specifications that are vital to an understanding of what these devices can do.

Breakdown voltage and clamping voltage are all too easily confused.

Clamping voltage, somewhat higher than breakdown voltage, is the voltage level above which the PTVS literally “clamps down.” At this point, the PTVS will absorb the surge current. The PTVS will not allow the line to exceed the clamping voltage, unless the diode itself becomes incapacitated.

These specifications are fully spelled out for both the PTVS1 and the PTVS2 in their respective datasheets.

An 8/20 µs surge reaches its peak current in 8 microseconds and winds down to 50% of that peak in 20 microseconds. 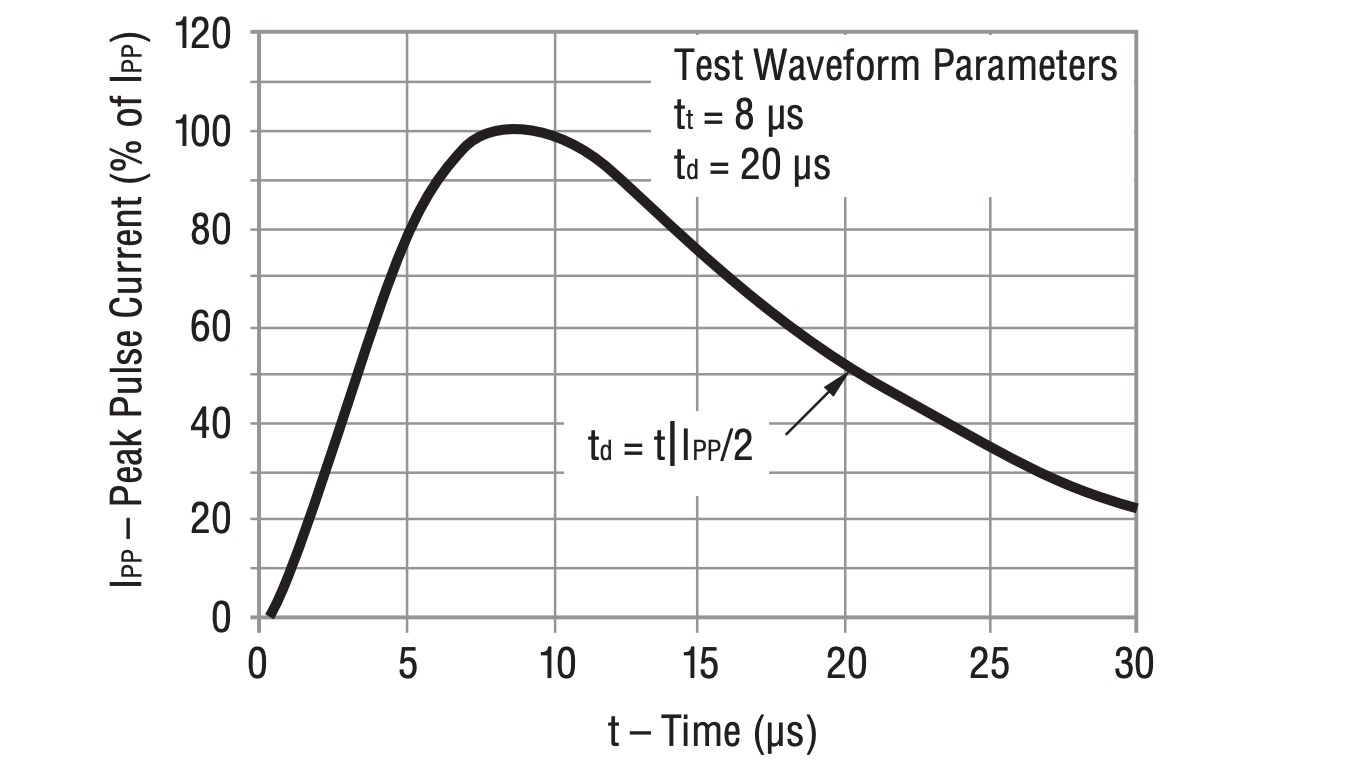 This power profile is considered typical of a lightning strike, which is why it is widely accepted as an industry standard.

These units are bidirectional. Their breakdown voltages are specified at the point at which the diodes conduct—10 mA. At a frequency of 10 kHz, members of the PTVS1 exhibit capacitances ranging from 0.5 to 2.0 nF, while capacitances for the PTVS2 units span between 1.0 and 4.0 nF.

The PTVS1 and PTVS2 series offer AC and DC line protection for exposed power over internet (PoE) ports. They are also applicable for high-power DC bus protection in use cases including 5G small cell, remote radio units (RRUs), and baseband units (BBUs) in wireless base stations.

PTVS1 and PTVS2 units operate over a -55 to +125 ℃ temperature range, and are both RoHS-compliant and halogen-free. Series members also meet IEC 61000-4-5 8/20 μs current surge requirements.