The AOZ13984DI-02 and AOZ13987DI-02 employ back-to-back trench MOSFETs to effect an ideal diode true reverse current blocking (IDTRCB) solution, allowing for no reverse current under any conditions. Thanks to AOS’s co-packaging technology, the company was able to combine its control functions along with the MOSFETs to attain a complete solution, operating over a range of from 3.4V to 22V, with a 28V absolute maximum.

In addition to blocking any reverse current, the new device has very low “ON” resistances; 20mΩ for AOZ13987DI-02 and 33mΩ for AOZ13984DI-02. Thus little power is wasted, and less destructive, parasitic heat is generated.

As noted by Peter Cheng, Power IC Senior Marketing Director at AOS. “The thinner profile, higher power, and greater flexibility offered by USB Type-C and USB PD 3.0 standards have allowed many notebook computers to only use Type-C ports for both power delivery and as a high-speed interface. Thus, eliminating the need for a dedicated power connector. As multiple Type C ports have become ubiquitous in consumer and computing designs, AOS’s new family of ideal diode-based protection switches offer a robust, reliable solution. And as always, AOS’s ability to combine TrenchFET technology with leading IC design enables a compact, efficient solution.” 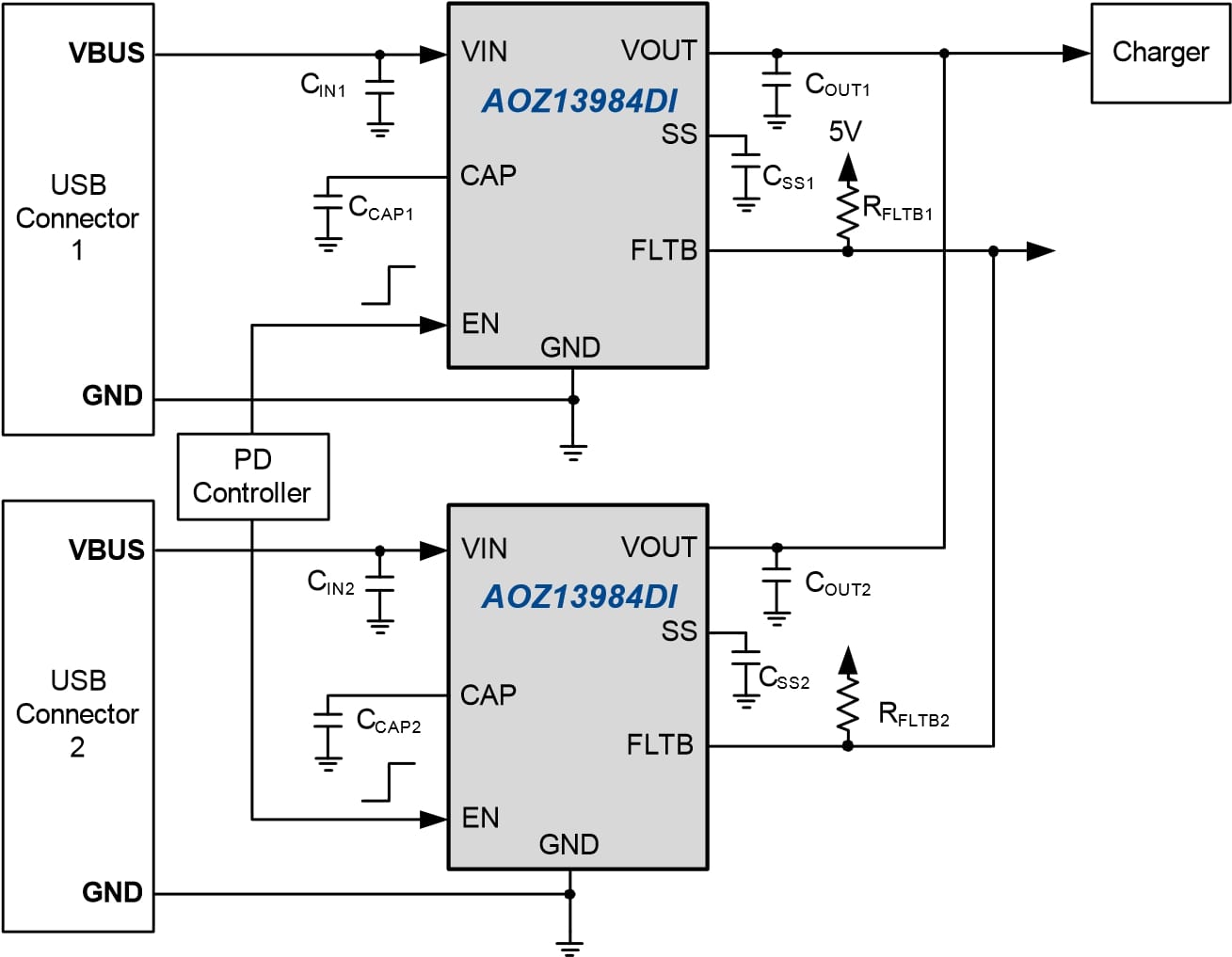 Both smart protection switches feature internal soft-start circuit controls. This will serve to limit the high inrush currents concurrent with highly capacitive loads, and the slew rate can be adjusted using an external capacitor.

The units feat a high safe operating area (SOA) to handle the high current and the wide ranging variations of output capacitances to be encountered on VOUT.