The Journey From One to a Million HiPaks

The Journey From One to a Million HiPaks

The history of the Swiss and Swedish companies that became ABB reflects the history of power electronics in both countries. In Switzerland, Charles E. Brown and Walter Boveri founded BBC (Brown Boveri Company) with the vision that electricity is a key enabler of a better future.

This vision led ASEA, a Swedish electrical company, to build the world’s first permanent and commercial HVDC (high-voltage direct current) link, connecting the Swedish island of Gotland to the mainland in 1954. Brown and Boveri also achieved groundbreaking innovations, such as the first standard gauge electric locomotive, which was built in 1899 and operated on the first standard gauge electrified route in Europe.

As technology developed, it became clear that one of the key enablers in electrical systems were the current switches. ASEA and BBC both started to manufacture semiconductors and in the mid-1950s BBC launched their first rectifier diode made of germanium. Later, the potential of silicon was recognized leading to BBC and ASEA to develop pioneering industrial power semiconductor businesses. Since BBC and ASEA merged to form ABB in 1988, their semiconductor operations are conducted from Lenzburg, Switzerland. ABB focused on manufacturing diodes and thyristors for high-power applications, primarily to serve the needs of the company's business units that were active in power electronics.

In 1991, ABB decided to start volume production of gate turn-off thyristors (GTO), its first turnoff high-power device. The GTOs were used in industrial applications and soon became the workhorse of inverters in traction applications. 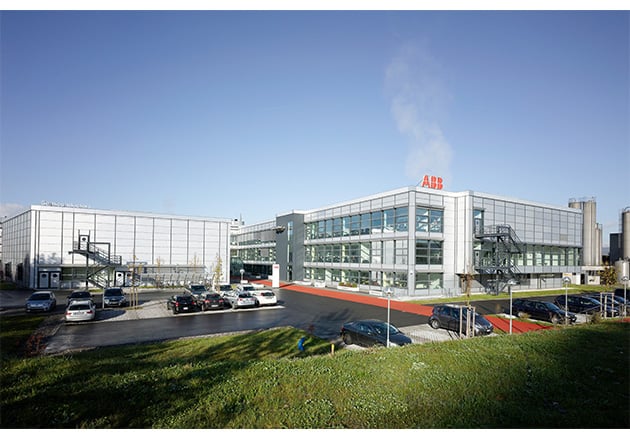 In the mid '90s, ABB then launched a novel turn-off device, the integrated gate-commutated thyristor (IGCT). Based on the GTO platform, the IGCT offered an improvement in switching capabilities and became the component of choice in high-power and medium-voltage industrial applications. The next step in high-power semiconductors was the introduction of insulated gate bipolar transistors (IGBT). ABB first implemented these devices in its own HVDC transmission systems from 1998 onwards. To make the use of IGBTs easier in the traction converters and industrial drive markets, ABB developed and started manufacturing its HiPak platform, highly standardized modules with an insulated baseplate.

From One to a Million Parts: The Steady Growth of Manufacturing

What was the journey from lab-like manufacturing of HiPaks to fully automized high-end assembly? The HiPak is a highly complex product paralleling 36 high-power IGBTs and diodes, so if mass production of such a device is to be successful, then it must be designed for high-volume manufacture with optimizing performance, reliability and time-to-manufacture. 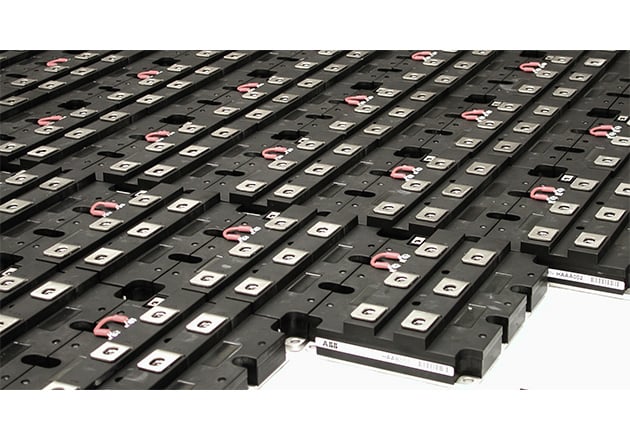 Figure 2: The first 50 HiPaks that left the production assembly line

Although it might look unimpressive to an outsider, it was a moment of pride when the first 50 production grade modules left the factory (figure 2). Production began in “start-up mode”, using old equipment that was squeezed into limited clean-room space. Quality was as important for the first part as for the one-millionth, so from the beginning a lot of resources were allocated to testing, data recording, and analysis. Instead of using highly sophisticated software, bespoke programs and standard software were used. Education and certification of the operators were done on the job and processing was done manually, with the details noted on a paper ticket. Over time, as the volume demand increased, all of that had to change.

Piece by piece the production equipment was improved to increase capacity, automation, and efficiency. Equipment with more sophisticated controls and data-recording was added to the assembly line and the data produced was stored and processed to enable better, faster control of manufacturing and quicker reactions to yield issues and non-conformities. Operators have moved from working a single shift to a 24x7 shift model, to ensure the best return is obtained from the investment in the manufacturing line.

Equipment continued to be optimized to process as many workpieces as possible and to work independently of the human operators for several hours. Ultimately the limited cleanroom space became inadequate and a new building had to be constructed. Relocating a complete assembly line from one building to another without interrupting the production and deliveries was an immense challenge that was overcome. A manufacturing execution system was also introduced, finally making paper redundant, but at the same time, it made round-the-clock IT support indispensable. 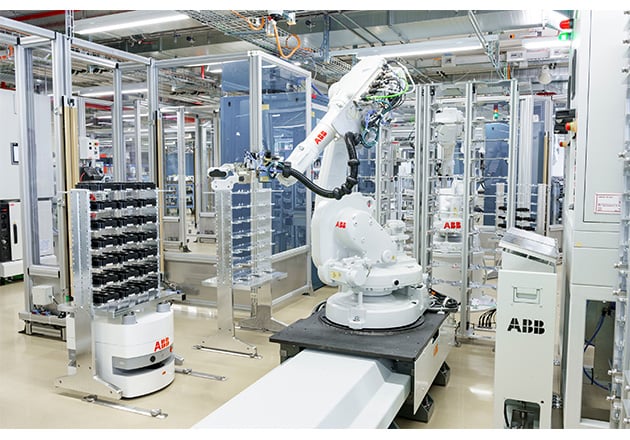 Figure 3: AGVs and robots working hand-in-hand in the test area of the IGBT production line

All in all several hundred product changes to the chip and package had to be managed every year to get to the current situation, where the product concept is basically still the same - an IGBT that switches hundreds of kilowatts on and off - but the environment where the product is made is unrecognizable from the production in the early years. Now autonomous guided vehicles (AGV) transport the modules from one fully automated production process to the next (figure 3).

Today a huge volume of data is recorded and analyzed within seconds to ensure the quality of the HiPaks produced. Future developments may include artificial intelligence that analyses this data and initiates appropriate interventions to enhance the production process or rectify problems. All of this, without any human interaction, something that is especially important during night and weekend shifts when there are only a few operators on site.

Although the HiPak may not have changed much from the outside, during the last 16 years its technology has been transformed several times [1].

Technology (from NPT to STP, SPT+ to Trench IGBT and BIGT)

The IGBT was developed by moving from a “non-punch-through (NPT)” design to a “soft punch through (SPT)” one. This employs a buffer layer on the back, that allows the electric field to have a square form, making the device much thinner and significantly reducing losses. ABB subsequently developed the enhanced SPT technology, the SPT+, by adding an enhancement layer, therefore increasing the plasma level on the front side of the IGBT cell. In 2018 ABB launched its first trench cell device, further increasing the power density by an additional 20%. These developments mean that a 3.3kV HiPak2 (190X140mm) that initially had a 1200A rating, increased its capability to 1500A and then to a 1800A [2,3]. Furthermore, ABB developed the bi-mode insulated gate transistor (BIGT) where the IGBT and diode dies are integrated in one chip [4], further increasing the power density and reliability. As a next step, the BIGT technology can be combined with the trench gate [5] to enable an additional step in the current rating, see figure 4. 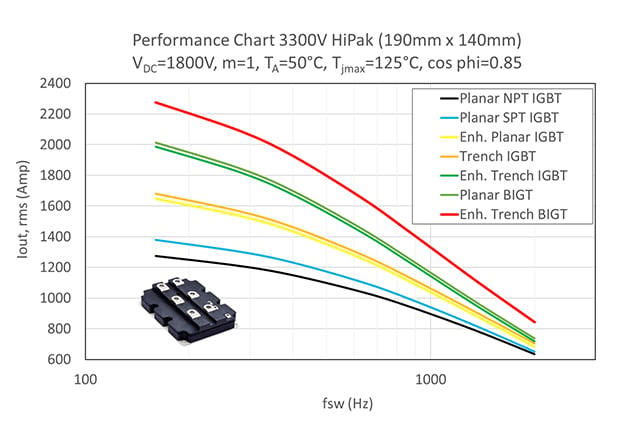 Figure 4: Increase in power density of HiPak modules through different technologies (NPT to SPT, SPT+ to Trench and BIGT)

As a companion component to the IGBT, the freewheeling diode had to keep pace. The initial CAL diode was replaced with one based on the field shielded anode (FSA) technology [6] and, in the latest modules, a field charge extraction (FCE) diode was introduced [7]. At the same time, continuous improvement of the junction termination enabled higher operating temperatures of 150-175°C.

After producing almost one million HiPaks, ABB was the first company to launch and ramp-up a new standard of high-power IGBT modules, the LinPak [8]. Everything that was learnt over decades of manufacturing HiPaks was applied in the new module type, which features the lowest stray inductance, higher power density, integration of a temperature sensor and several other state-of-the-art features. This new standard allows easy paralleling of modules and is well suited for a wide range of applications, from traction converters and industrial drives (both low- and medium-voltage) to SVC systems and wind converters.

Both the HiPak and LinPak will co-exist for many years, demonstrating and impressively showing the development of semiconductor technology over decades and the important role which ABB plays in the segment of power electronics.

Virgiliu Botan received the bachelor’s degree in physics from Babes-Bolyai University, Cluj-Napoca, Romania, in 2002, and the Ph.D. degree from the University of Zïrich, Zurich, Switzerland, in 2008. Virgiliu Botan joined the Global Product Management team of ABB in Lenzburg Switzerland. He is responsible for the BiMOS products, including lifecycle management and works closely with the sales, R&D and marketing & communications functions. Virgiliu brings 12 years of valuable experience throughout ABB’s semiconductors business from his previous positions in R&D. Most recently he was global account manager in the semiconductors sales team, merging together R&D know-how with knowledge about customer’s needs.

Daniel Schneider holds a PhD and Master's Degree in Material Science and Engineering both from Swiss Federal Institute of Technology Zurich. He currently works as the Senior Principal Engineer for BiMOS products at ABB located in Lenzburg Switzerland.