TeraWatt’s planned network of charging stations for medium- and heavy-duty electric vehicles along a portion of Interstate 10 can shift the conversion from fossil-fueled freight trucks into high gear.

Running along the underbelly of the United States as a critical lifeline, I-10 is loaded with freight trucks of all sizes and payloads. Most of them spew carbon-based emissions, but that is changing in a more planet-friendly manner. TeraWatt Infrastructure announced plans to install the I-10 Electric Corridor, the first series of charging centers along that Interstate from the Port of Long Beach/Los Angeles, California to the El Paso, Texas vicinity. This network will energize the plodding journey from diesel- and gas-powered trucks to electrified long-haul vehicles. 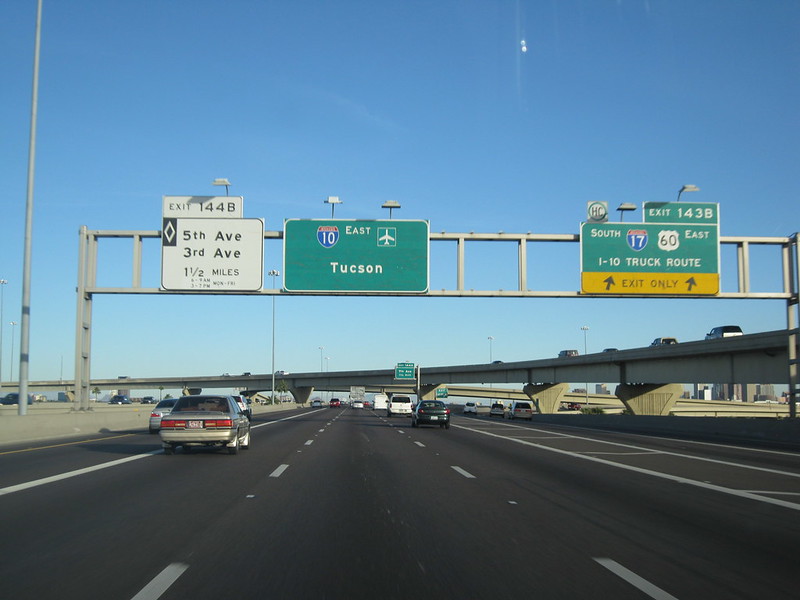 TeraWatt’s action comes in response to the Biden administration's proposal to allocate $5 billion over five years to pay for EV chargers along more than 75,000 miles of Interstate highways. Dubbed the National Electric Vehicle Infrastructure (NEVI) Formula Program, this financial package is part of the sweeping Bipartisan Infrastructure Law approved earlier in 2022.

For its role in this electrification performance, TeraWatt says it also will team with local and state governments and utilities to obtain various grants and incentives.

Though medium- and heavy-duty trucks comprise just 4 percent of U.S. vehicles, they devour more than 25 percent of total highway fuel and belch almost 30 percent of highway carbon emissions due to their larger size and longer travel distances, according to the U.S. Department of Energy.

The corridor’s TeraWatt Charging Centers will span California, Arizona, and New Mexico, with stations spaced about 150 miles apart to accommodate the mileage range of EVs. For greater convenience, each center will be situated less than one mile from the closest highway exit. Dozens of direct-current (DC) fast chargers will be on hand at the stations, bolstered by resiliency generation options should power outages become a factor. Pull-through charging stalls can service large vehicles or ones that are towing trailers. 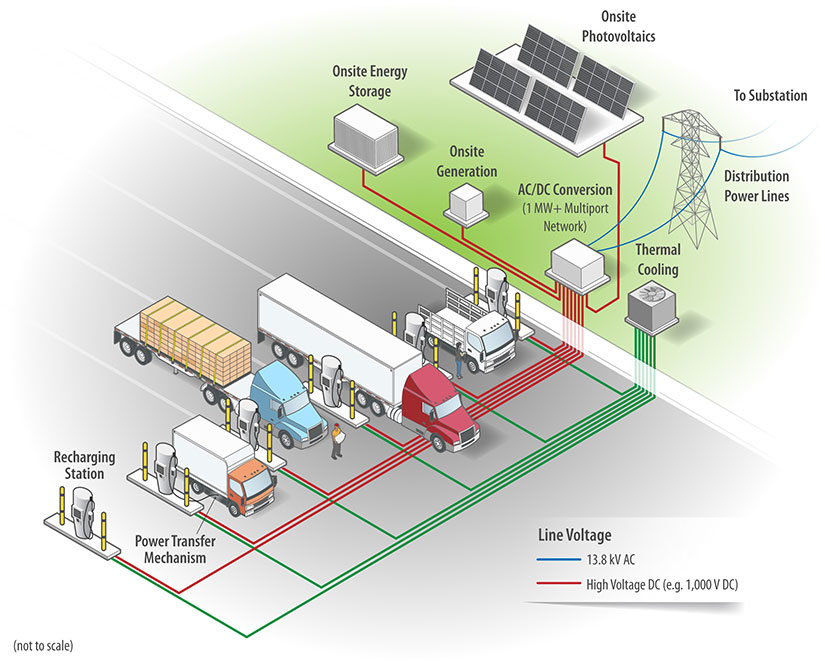 To address the charging problem, TeraWatt intends to have sites ranging in size from four to 100 acres, depending on location. This will allow for untangling any possible snarl of large vehicles at stations and handling involved pull-through situations.

Other entities have picked up the gauntlet of challenge thrown down by the government. General Motors and Pilot Company (Pilot and Flying J travel centers) plan to create a nationwide DC charging network of 350-kilowatt charging stalls at nearly 500 travel centers in 40-plus states. Through its eXtend offering, the fast-charging veteran company EVgo will establish, run, and maintain the 2,000-stall network. EVgo and GM are also collaborating to add more than 3,250 fast chargers in U.S. metropolitan areas by year-end 2025.

Similarly pooling their resources, Tritium DCFC Limited and DC-America have partnered to supply DC fast chargers for a federally funded  EV charging network stretching from coast to coast. DC-America will implement its skid-based PKM150 charging station infrastructure outfitted with Tritium’s 150-kilowatt fast chargers. This alliance not only qualifies for NEVI money, but also is expected to comply with federally proposed Buy America standards. Tritium recently opened a manufacturing plant in Lebanon, Tennessee, to fulfill that compliance.

As the NEVI initiative’s wheels roll forward and players clamber aboard, are there any villains along this route to electrification? What about the cyber villains themselves: hackers?

In a proactive response to avoid such disruptions, the Office of the National Cyber Director (ONCD) recently conducted a forum with government officials as well as vehicle producers and charging equipment makers. Participants at the gathering examined possible risks to EV charging hardware and pondered the need for cybersecurity standards. No specific threat apparently is looming, though, and no consensus was reached on how to proceed with such actions.

EV chargers are interconnected with home and business networks, which could be vulnerable to cyberattacks. Vehicle fleets could be fixed in the sights of hackers, who may try to tamper with a company’s vehicles during any nightly charging routines.

While impressive in its capabilities, over-the-air software updates or remedies—or fixes on the fly—might pose a problem for EVs. More of these vehicles have been embracing this technology, which certainly performs corrective measures seamlessly but also establishes a portal for bad actors to enter through the EV’s network connection.

EV Advantages Tip the Scale in Their Favor

These situations are hypothetical, thankfully. Forward-thinking companies such as TeraWatt recognize the fundamental advantages of EV technology. The obvious cost savings per mile of medium- and heavy-duty EVs over their fossil-fueled competitors are undeniable. For instance, a brand-new diesel truck costs $1.38 to $1.51 per mile, while a similar Tesla Semi comes in at $1.26 per mile.

The exodus away from fossil-fueled dependence toward EV proliferation has evidently begun, and any obstacles that may be encountered are not reasons to shrink back to an inherently flawed status quo. They are circumstances to confront and overcome.