“ As we increasingly rely on smaller, smarter and more connected devices, the demand for power grows faster than ever”, stated Mike Beckman, VP and General Manager, Linear Power, of Texas Instruments during a press conference in Munich in September. “As we hold power – literally – in the palm of our hands, we need devices with longer battery life. This demand for longer battery life requires low quiescent current (IQ).”

Texas Instruments introduced low IQ power innovations, that can fuel engineers´ solutions to the challenges below. 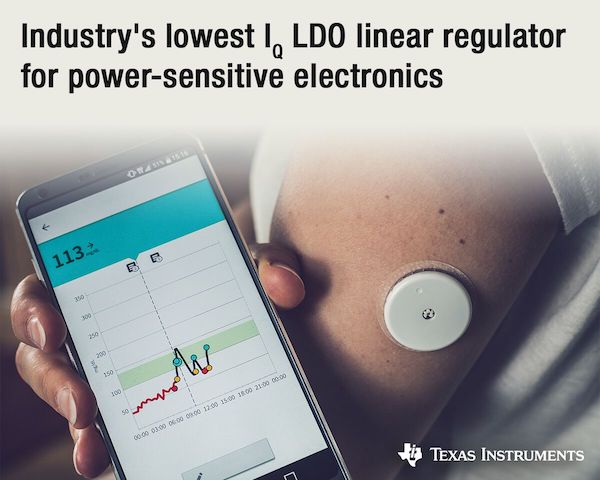 The TPS7A02 helps engineers solve critical design challenges in many power-sensitive, high-precision and low-power applications such as in the grid infrastructure, building automation, medical equipment and wearables markets. The device joins TI’s portfolio of low-IQ LDO linear regulators that enable designers to prolong system life. By implementing the TPS7A02 with other ultra-low IQ devices — such as TI’s family of ultra-low-power MSP430 MCUs, the SimpleLink CC2642R MCU, the TLV8802 nano power OpAmp, or the TMP1075 low-power temperature sensor — engineers can further optimize battery life and performance in their systems.

Key Features and Benefits of the TPS7A02

Extended application run times, longer system lifetime: The TPS7A02’s ultra-low IQ control at light loads allows engineers to at least double the battery life for applications using standard battery chemistry, such as lithium-ion. For example, by using the TPS7A02 in wireless video doorbell and security camera designs, engineers can achieve 24 months or more of battery life (up to four times the industry standard). In addition, the TPS7A02’s ultra-low shutdown IQ of 3nA can extend battery shelf life by as much as five times in portable medical and wearable applications compared to competing devices.

Faster wake-up, better dynamic performance: The TPS7A02 can settle in less than 5µs for 1-to-50-mA load transients – half the time of competing devices – enabling engineers to design applications with shorter response times and better dynamic performance. With the ability to quickly respond to rapidly changing loads while providing minimal variation in output voltage, the TPS7A02 can benefit high-precision, low-power applications such as wireless IoT and portable medical devices, which require clean power to accurately acquire signals from around the body.

Smaller solution footprint, faster time to market: The TPS7A02 automatically transitions from an IQ-saving, low-load state to a high load, fast-transient state without the need for any external circuitry or components. As a result, engineers can use the TPS7A02 to shrink the solution size by 70%, adding more functionality to their designs in space-constrained applications or lowering system costs by using smaller boards.

The new ultra-low-power switching regulator TPS62840, a synchronous step-down converter, features the industry’s lowest operating quiescent current (IQ) at 60nA – 1/3 that of the nearest competitive device. It delivers a very high light-load efficiency of 80% at 1µA load, which can enable designers to extend the battery life of their systems or use fewer or smaller batteries to shrink their overall power supply solution size and reduce cost. Additionally, the new DC/DC converter’s wide VIN range of 1.8V to 6.5V supports a variety of battery chemistries and configurations. 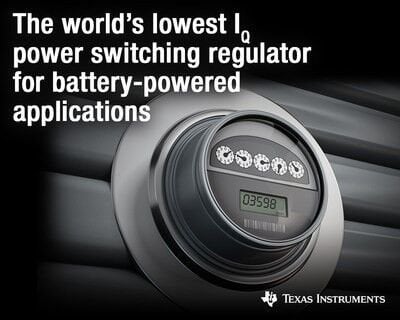 Key Features and Benefits of the TPS62840

The stop pin turns OFF all switching to reduce EMI or ripple and minimizes distortions passed to precision signal-chain, measurement, sensors or wireless connectivity components.

Smaller solution size: Engineers can use the new switching regulator to cut their battery count in half or use smaller batteries in their design. For example, designers can save up to 16,980mm3 using four AAAs instead of four AAs. 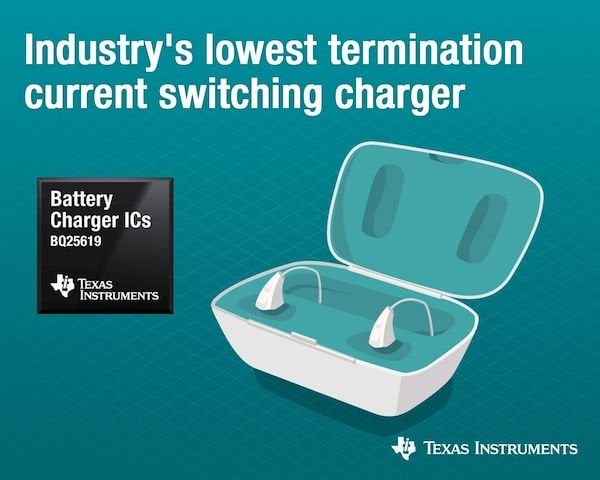 Figure 3: An ultra-low termination current of 20mA increases battery capacity and run time by up to 7%.

Key Features and Benefits of the BQ25619

Best-in-class low quiescent current: The BQ25619 reduces battery leakage down to 6µA in ship mode, which conserves battery energy to double the shelf life for the device. While in battery-only operation, the device consumes only 10µA, to support standby systems.

The BQ25619, available now, expands TI’s portfolio of industry-leading battery-charger solutions, offering single- and multicell switchmode chargers for high-capacity batteries, as well as linear chargers with high integration to extend battery run time and reduce total solution size. Offered in a 24-pin wafer WQFN package, the charger is priced at USD1.45 in 1,000-unit quantities. The 30-pin BQ25618, with similar features, will be offered in a smaller WCSP in the third quarter of 2019.