After going public through special purpose acquisition company deals, many electric vehicle startups have struggled with underperforming profits and delayed production milestones. Here’s what that means for the broader market.

A wave of deals involving special purpose acquisition companies (or SPACs) swept the electric vehicle market in 2020 and 2021. EV makers—many specializing in luxury and heavy-duty niches—netted $16 billion in funding by going public through SPAC deals in 2021 alone, according to research by Texas-based consulting firm Frost & Sullivan. 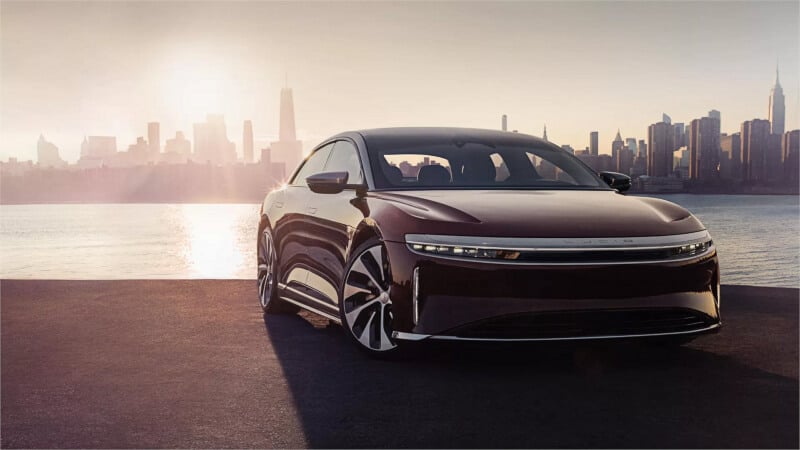 Competing with the likes of Tesla and traditional car giants such as BMW and Ford, these companies raised critical funding to bring their electric prototypes to market. SPACs, or so-called “blank check” companies, enter the public stock market through mergers and acquisitions by other entities—a method of financing that often emphasizes the value of the concept over the prospect of investor returns.

The trend spread beyond EV makers to the markets that support them, including battery manufacturers and charging companies.

In 2022, however, SPAC deal-making began to slow as investors retreated over missed or delayed deadlines, under-delivered milestones, and scant profits. Investor confidence dwindled as new SPAC-backed startups failed to deliver on their promises, prompting several probes by the U.S. Securities and Exchange Commission (SEC). 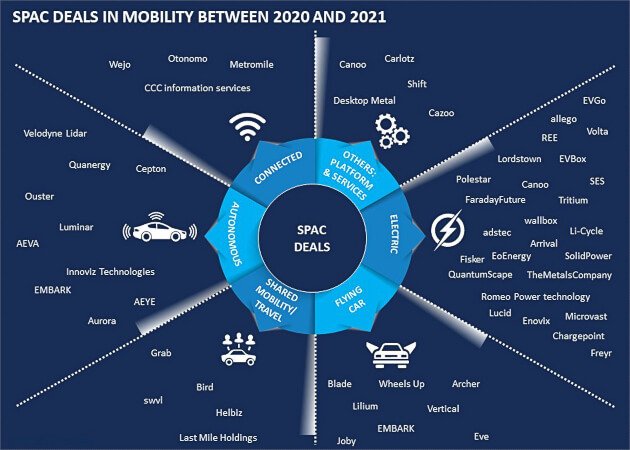 This image features an overview of various SPAC deals in the mobility sector throughout 2020 and 2021. Image used courtesy of Frost & Sullivan

Zooming out, the downtrend in EV-related SPACs means there’s less appetite for funding innovative startups working to commercialize their products on little to no self-sustaining revenue. Even well-funded projects haven’t lived up to the hype of a few years ago. With SPAC financing on its way out and investors more skeptical, new and growing startups will likely have more difficulty raising capital.

Timing also matters: Original equipment manufacturers such as Ford, General Motors, BMW, Volkswagen, and others have caught up with EV demand, launching several electric models of their own. However, Tesla remains king in the electric car market, and its dominance makes it even harder for new contenders to rise up.

EV SPACs Fail to Live up to Hype

In the EV industry, the past few years saw dozens of SPAC/de-SPAC deals land on the stock market via initial public offerings (IPOs). Notable mergers include luxury EV manufacturer Lucid Motors and heavy-duty EV developers Nikola Corporation and Proterra—all listed within the top 11 publicly-traded EV companies by market cap, behind the likes of Tesla and Chinese auto giant NIO. 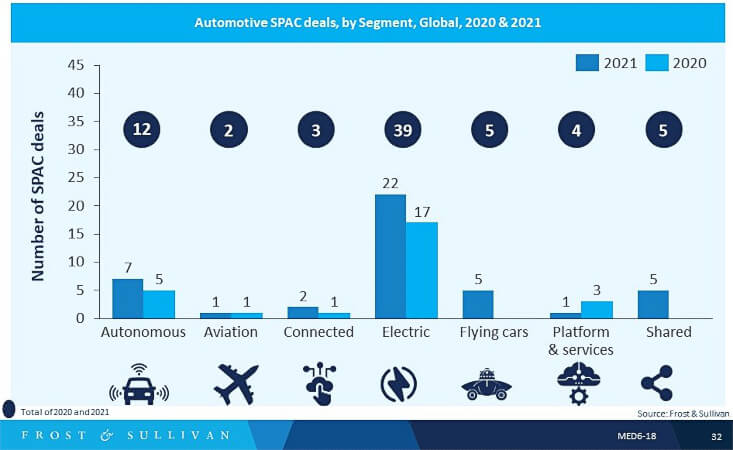 This chart shows the number of SPAC deals across various segments of the mobility industry in 2020 and 2021. Image used courtesy of Frost & Sullivan

In 2022, however, some cash-strapped EV SPAC companies blew past deadlines and failed to draw new investments, were subjected to SEC probes, or otherwise faced uncertain futures as losses mounted and investors pulled the capital that would have been funneled towards production. The market’s first major bankruptcy hit Electric Last Mile Solutions in June 2022, about a year after its IPO debut and following an SEC investigation into its accounting practices and apparent lack of an auditor. The Michigan-based company was later purchased by Mullen Technologies, a California-based car manufacturer.

Meanwhile, California-based Faraday Future came under SEC scrutiny in March over employees’ inaccurate statements to investors around the time of its SPAC deal in 2021, a finding that later roped in the Department of Justice’s involvement. After delaying the delivery of its FF 91 Futurist luxury EV several times, the company told investors in late December that it would need $150 million to $170 million in additional financing to start production in March 2023.

Other deals fell through, including that of Wisconsin-based EV gear supplier United Gear, Chinese automaker Chijet Motor Company (whose original deal terminated, but it later secured another one at a lower valuation), and California electric aviation company Surf Air Mobility (which now plans to IPO solo after its original deal terminated).

Lack of cash is another issue. Texas-based Canoo, which markets a modular electric platform concept, recently closed the third quarter with a net loss of $117 million, up from $80.9 million a year ago. Still, the company says its order book now tops $2 billion, including recent deals with Walmart, fleet leasing provider Zeeba and van rental company Kingbee. In November, it revealed plans to acquire a vehicle manufacturing facility in Oklahoma City to produce its electric vans SUV-sized lifestyle vehicles, planning to scale up to 20,000 units by the end of 2023.

Many companies are moving forward with plans despite running on little to no profits and insufficient capital. California-based Fisker, for example, is now commencing production on its all-electric SUVs, locking in more than 63,000 reservations when the announcement was made in November.

In a press release, Fisker Chairman and CEO Henrik Fisker touted the vehicle’s development turnaround of slightly more than two years, saying the team had challenged the old standard of lengthy development timelines. However, the company has yet to gain any revenue and incurred losses topping $997 million, according to its latest quarterly (Q3 2022) filings with the SEC. It also said it might need more cash resources to fund operations until its Fisker Ocean vehicle reaches serial production.

Still, some SPACs started gaining early revenue in 2022. Nikola Corporation closed the third quarter with $24.2 million in revenue, compared to zero in 2021. In delivering its first Nikola Tre BEVI semi-trucks to dealers and customers, the Arizona-based firm netted $44 million in the first nine months of 2022.

California’s Proterra recently reported record quarterly revenue in the third quarter of $96 million, up 55% year-over-year and 29% from the second quarter. The company’s transit deliveries broke a new record of 60 electric buses, while its segment that markets battery systems and electrification solutions grew deliveries by 274% compared to the third quarter of 2021.

Lucid Motors, another top market participant that markets luxury EVs, closed the third quarter with $195 million in revenue driven by 1,398 deliveries, along with record quarterly production of 2,282 vehicles. With more than 34,000 reservations for its Lucid Air model, the company’s potential sales trajectory now tops $3.2 billion.

SPAC startups with corporate backing have tended to be more successful, as is the case for Volvo spinoff Polestar Automotive, which went public in June 2022 and closed the year with several milestones achieved. In under three years, the Swedish company produced the first 100,000 units of its advanced fully-electric car (the Polestar 2) and launched several new designs and prototypes. Now live in 27 markets worldwide, the company plans to produce its Polestar 6 electric roadster concept in 2026.

Another corporate-backed startup, Lordstown Motors, saw its first quarterly profit in 2022 after selling its Ohio assembly plant to Taiwanese manufacturing giant Foxconn, which took on a majority stake and agreed to become the contract manufacturer for its debut product, the Endurance battery-electric pickup truck. 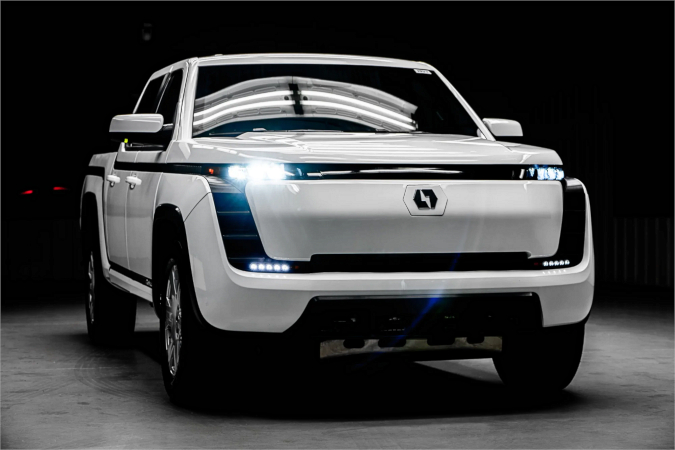 Having secured more funding, Lordstown kicked off commercial production in September, albeit at a slow rate. According to its third-quarter statement, the company plans to produce 30 of the 500 units in its initial production batch by the end of 2022, but it still needs additional OEM partnerships to scale further.

SPAC deal-making has slowed across all sectors, raising questions about the value and future of the novel financing mechanism. According to research from White & Case, the first nine months of 2022 only saw 76 SPAC IPOs on U.S. stock exchanges, compared to 450 listings over the same period in 2021. Deal values have also fallen to pre-surge levels. Per S&P Global Market Intelligence data, IPOs raised about $12 billion in the first three quarters of 2022, down from $127 billion a year ago.

SPACs’ performance pales that of traditional ventures. PitchBook’s DeSPAC Index charts a 67.8% drop from three years ago, compared to only -13.8% for venture capital-backed IPOs and -19.5% for private equity-funded IPOs. In the EV industry, in particular, the median de-SPAC shareholder return is -76%, per statistics from SPAC Insider. 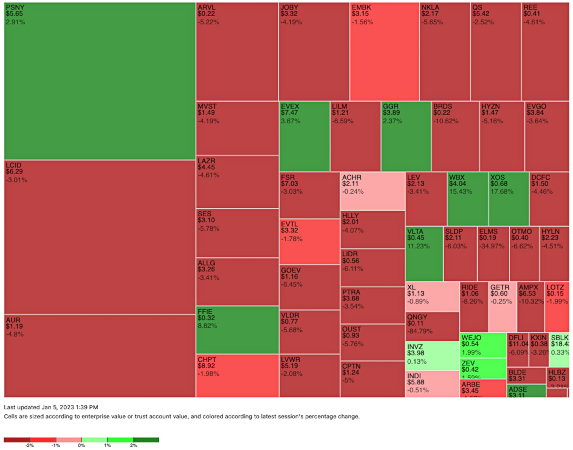 This screenshot, taken on Jan. 5, shows a heatmap of daily SPAC values in the automotive sector. Image used courtesy of SPAC Research

Adding to the general downturn are nine pre-deal automotive SPACs listed on SPAC Research. Pre-IPO, these entities haven’t found merger targets despite approaching their respective deadlines in early- to mid-2023.

Still, a few major SPAC deals are on the horizon in 2023. One to watch is INDIEV, which plans to go public in the first quarter via a SPAC deal valued at $600 million. The California-based company first unveiled its EV design in 2021, featuring a built-in gaming PC. Last fall, it inked a deal with Foxconn to manufacture pre-production prototypes of its INDI One vehicle, with initial deliveries expected in late 2023.