A World of Freedom and Peace

A World of Freedom and Peace

Is it a dream that never will be true? I was born during a time of peace and freedom in my small region. As a child I watched the results of the war,

Is it a dream that never will be true? I was born during a time of peace and freedom in my small region. As a child I watched the results of the war, with Germany separated into two countries. And during my life I saw the re-unification of Germany.

Looking around the world we see a lot of conflicts. We hear of journalists who are abused and prevented from doing their work. It is not everywhere that subjects can be reported freely.

Freedom of publishing is essential every-where in the world, a free press is the instrument of democracy, and journalists must be respected for their work. Even countries that seem to have freedoms, sometimes work against human rights. Freedom of expression, and for those who publish, insure that we are able to sustain basic human dignities. It is just not acceptable that journalists are punished for reporting the truth. History has shown that repression of the press marks the beginning of disastrous regimes.  I wish that all my readers could support such freedoms and peace for all journalists - as befits their responsibility.

As engineers we can make progress in ways different than political. We can develop technology that generates better lives, while conserving our sources of energy. Semiconductors have been changing our world so significantly and so rapidly that we need to watch how sustainable these innovations are. I have a VW beetle, model 74, and it still runs well after 41 years. Most machinery is obsoleted well before this which can be a good thing, as my modern car in daily use does so much better in fuel consump-tion than my old beetle. This is a result of applying modern electronics which developed in the last several decades. Electrical and electronic components in a car have increased from 10 percent to more than 30 percent today. The full electric car, of course, surpasses this, but the trend continues for all types.

In the second half of the year we have important conferences and shows addressing the production of semiconductors - like SEMICRON and productronica. These conferences highlight the improvement in semiconductor manufacturing that we have come to rely upon.
We have delivered eight issues this year. All technical articles are archived on my website and are also retrievable at PowerGuru. Bodo’s Power Systems reaches readers across the globe. If you speak the language, or just want to have a look, don’t miss our Chinese version: www.bodoschina.com

My Green Power Tip for August:

Having a swim in the Baltic every morning can replace the mandatory shower. This reduces water demand and the energy to heat it up. While this works during our summer, I have seen pictures of people in Moscow doing it in winter.  Brrr. 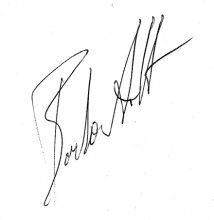