Automobiles present space-constrained, harsh environments that demand reliable and compact power supplies for increasingly complex electronics systems. The LT8603 compact regulator is a robust solution that combines two high voltage 2.5 A and 1.5 A buck regulators, a low voltage 1.8 A buck regulator, and a boost controller in a compact 6 mm × 6 mm QFN package.

The boost controller simplifies the design of wide input, multiple out-put supplies when used, for example, in the following solutions:

In automobile applications, regulated 5 V, 3.3 V, and sub-2 V rails are required to power various analog and digital ICs that may require different rails for content, the processor I/O, and the core. These rails are generated from the nominal 12 V automotive battery voltage VBAT, which typically ranges from 8 V to 16 V. High-efficiency step-down buck regulators cover most situations, but VBAT can drop to 2 V for 10s of ms during a cold crank situation, where pure buck regulators would lose regulation if powered directly from VBAT. 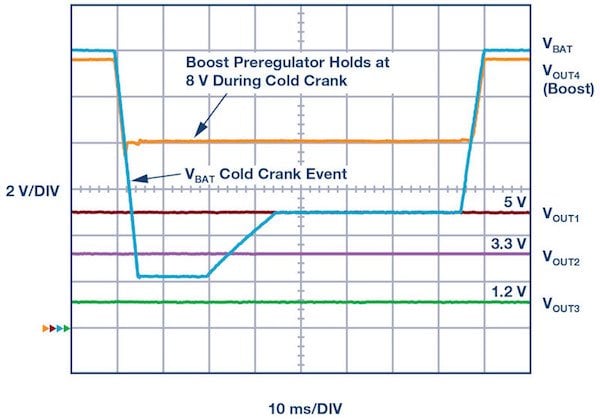 Four Regulated Outputs with the Fourth Rail as SEPICVBAT can remain high for an extended period of time, such as during a double battery jump-start or in a 24 V system. This has no effect on the boost regulator in Figure 1—VBAT passes through when VBAT is higher than 8 V—but the current output capacities of the two high voltage buck regulators are typically thermally limited at higher VBAT due to increased switching losses, especially at 2 MHz switching frequency that is often used in automotive applications. 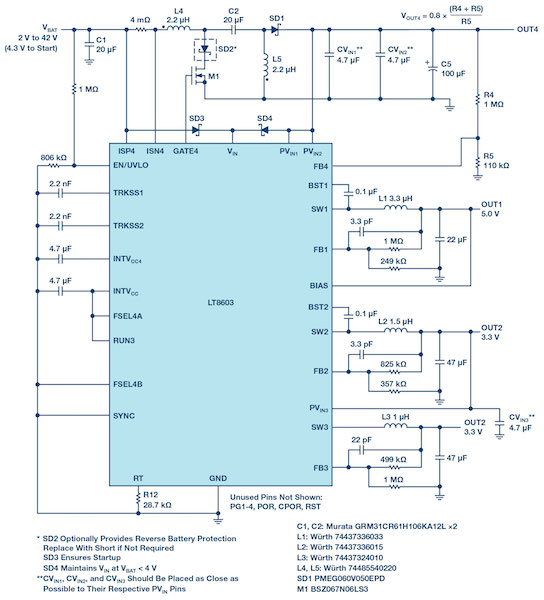 Figure 2: High voltage bucks optimized for efficiency and powered by a SEPIC. 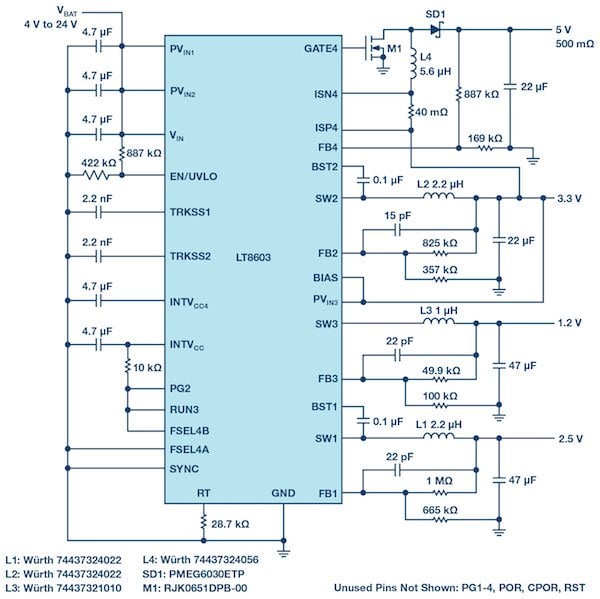 Figure 3: Four regulated outputs with the boost converter are powered from the Channel 3 buck regulator

The temperature rise can be controlled by either reducing the switching frequency or reducing the operating voltage of the buck regulators. In Figure 2, the fourth channel is set up as a SEPIC to power the high voltage bucks, with its output regulated at 12 V, which is optimal for the buck regulator efficiency. By running the bucks at optimal efficiency, the temperature rise is well controlled. Figure 2 shows an easy way to generate four accurately regulated outputs. At light load, this circuit maintains regulations with input down to 2 V.

Boost Powered from One of the Bucks 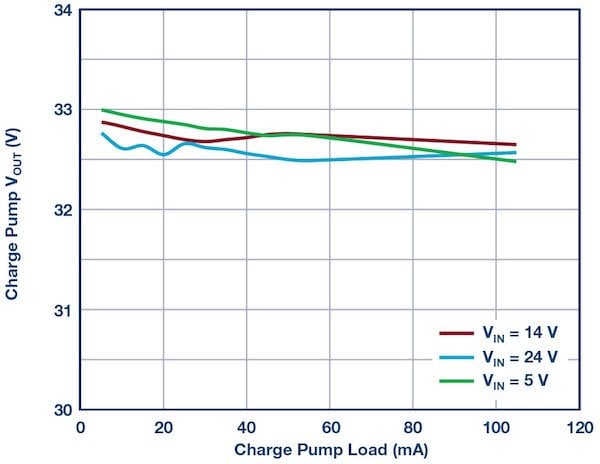 The LT8603 uses a 2-phase clock. Channel 1 operates 180° from Channel 2, reducing the peak input current of the bucks and helping reduce EMI. The high density of electronic components requires care-fully balancing of thermal and EMI performance. The LT8603 demo circuit DC2114A exemplifies a layout optimized for low EMI, pass-ing CISPR 25 Class 5 peak limits. Figure 5 shows the radiated EMI results with vertical polarization in the range of 30 MHz to 1000 MHz. Input is 14 V with a 1 A load in each of the outputs.

The LT8603 offers versatile and compact power supply solutions by combining three buck regulators and a boost controller into a tiny 6 mm × 6 mm QFN package. Each of the buck regulators has internal power switches, cycle-by-cycle current limiting, and track/soft start control. Its synchronous rectification topology delivers up to 94% efficiency. Burst Mode® operation keeps quiescent current under 30 μA (all channels on), ideal for always-on systems. The wide input range, from 2 V to 42 V, and versatile functions make the LT8603 a good fit for automotive and other demanding applications. 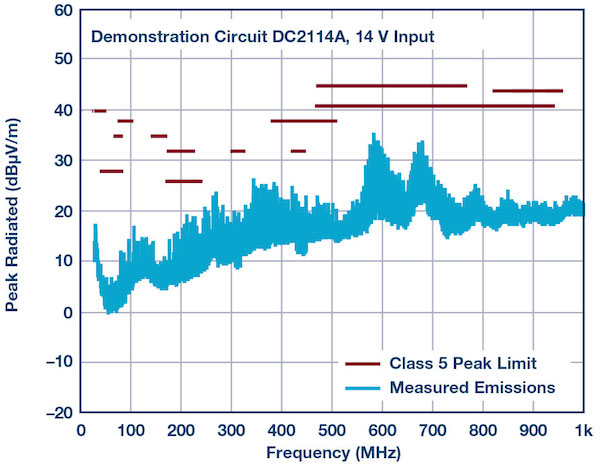 Zhongming Ye is a senior applications engineer for power products at Analog Devices, Inc., in Milpitas, California. He has been working at Linear Technology (now ADI) since 2009 to provide application support on various products including buck, boost, flyback, and forward converters.

His interests in power management include high-performance power converters and regulators of high efficiency, high power density, and low EMI for automotive, medical, and industrial applications. Prior to this, he worked at Intersil for three years on PWM controllers for isolated power products. He obtained a Ph.D. in electrical engineering from Queen’s University, Kingston, Canada. Zhongming was a senior member of IEEE Power Electronics Society. He can be reached at [email protected].