Polar Night Energy and Vatajankoski support the green energy revolution with the commercial launch of its sustainable heat-producing sand-based battery.

Both PNE and the “new energy” company, Vatajankoski, jointly developed the sand battery which is now providing district heating to the city of Kankaanpää located in Western Finland. The new sand-based battery provides a solution for integrating green, renewable energy into the electrical grid and capturing waste heat from data centers and other facilities to improve energy efficiency. 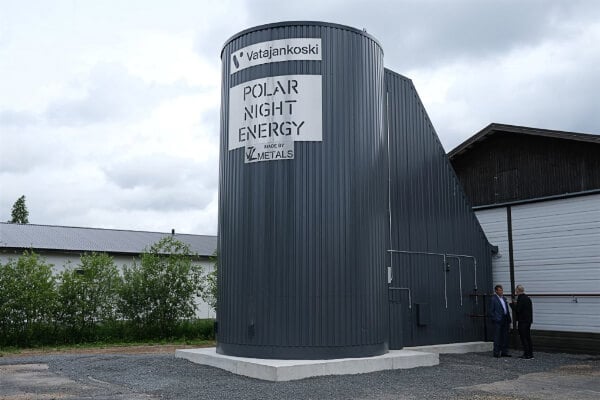 The sand-based battery has an energy capacity of 8 MWh (megawatt hour) and can provide 100 KW (kilowatt) of power for heating. 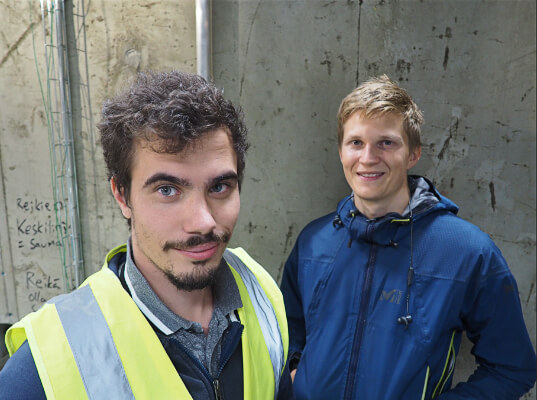 In a conversation with EE Power, the CTO and Co-Founder of PNE, Dr. Markku Ylönen explained that the patented part of the storage system technology is focused on heat transfer.

This involves “a closed gas loop that is used to both transfer the heat into the storage, and out of the storage. Our aim is to tap into those moments when clean energy is produced excessively, for example when the winds are high and the electricity consumption is low. We can efficiently take in high electric power, turn it to heat with resistors, and then transfer the heat to the storage. The same system can also be used to discharge the storage, by heating air to a high temperature and diverting it to a suitable heat exchanger, such as an air-water heat exchanger or a steam drum. The heat transfer system is a closed loop, which reduces heat losses significantly.”

At Vatajankoski’s power plant in the town of Kankaanpää, the sand-based storage system stands about 4 meters wide and 7 meters tall. It contains a hundred tonnes of sand and utilizes an automated heat storage system. According to the Managing Director of Vatajankoski, “heat loss from the sand battery is surprisingly low.”

Passi detailed the benefits of the sand-based battery in storing heat generated from industrial applications and utilizing renewable electricity for generating low-cost heating.

“Sand batteries provide a wonderful way to store cheap, renewable electricity as heat. I would say that at the moment the technology is best suited for industrial applications where you need high-temperature heat or steam and there is not too much space available (you want to store the heat in as small a space as possible),” Passi said. “Secondly, sand batteries are well suited to be used in connection with district heating networks. With a large enough storage capacity, they provide a flexible way of utilizing renewable electricity in producing cost-efficient heat for the network.” 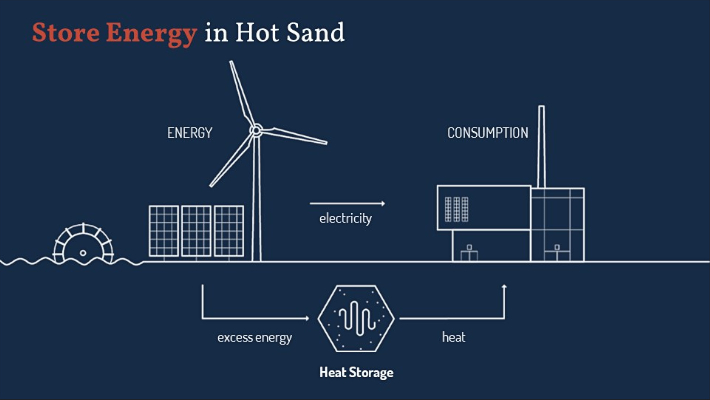 The excess energy generated from renewable sources can be stored in the sand-based battery to provide cost-efficient heat for district heating networks. Image used courtesy of Miika Peltola

Passi explained that the sand-based battery can be used to amplify the low-temperature waste heat from data centers (from 60 degrees to 75 to 100 degrees) to achieve a sufficiently high temperature for feeding directly into the district heating network.

Ylönen added, “I think our solution is vital in allowing the renewables fraction of electricity production to reach sufficiently high levels to achieve climate goals. For example, the Nordics are experiencing zero and negative price electricity at times, and the wind fraction is only about 10 %. If the fraction of volatile production is for example 80 %, the fluctuations in production are so high that the electricity network has no chance of holding up. These kinds of large-scale solutions are the key to balance the network when we are increasing renewables ambitiously.”

Both Ylönen and Passi have acknowledged the possibility of converting stored heat back into electricity and are continuing research in this area, although it does have its challenges.

“I could imagine that in storing electricity first as heat and then turning it back into electricity, the overall efficiency ends up being too low for it to be very profitable yet – of course depending on the magnitude of fluctuation in electricity price,” said Passi.

“As Pekka said, the economics are challenging. This is due to physics-related limitations of generating power from heat, as there will always be significant losses. If we have a case where at times generating electricity would have significant value even taking into account the losses, we can quite readily implement electricity generation using available technology from others,” added Ylönen.