IXYS Corporation today announced financial results for its first fiscal quarter ended June 30, 2017. Net revenues for the quarter were $83.5 million, an increase of $2.9 million or 3.6%, as compared to $80.6 million in net revenues from the June 2016 quarter.

"Increasing net revenues are attributable to improved global demand for our power semiconductor and IC product lines. The demand from customers is ramping up, as evidenced by the backlog of $114 million, the highest level IXYS has seen since March 2012. Backlog at March 31, 2017 was $98.9 million," commented Dr. Nathan Zommer, CEO and Founder of IXYS. 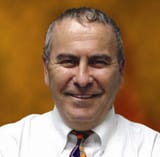 "We intend to capitalize on the uptick in power semiconductor requirements, adding to our capacity and equipment to meet current and prospective customer needs. Organic growth also focused on R&D and product commercialization, as we introduced new products that address transportation, wireless, IoT, power grid management and industrial applications,” Zonner concluded.

"Atypical of our summer seasonal slowdown, customer demand remains robust. We are seeing healthy sales throughout the industrial, commercial and communication infrastructure markets worldwide. Customers' forecasts are equally promising, as we believe that many have placed orders based on optimistic business projections," noted Mr. Uzi Sasson, CEO and President of IXYS. "Therefore, we expect revenues in the September 2017 quarter to increase 4-6% from the June 2017 quarter."