The device features a short-circuit withstand time rating of 5μs and is introduced as part of a series of 9 new devices.

The latest members of United SIC’s Gen 4 Series(PR) feature RDS(ON)s of 6, 9, 11, 23, 33, and 44mohms. They join 4 SiC power FETs already in production, as illustrated below. With fully eight RDS(ON)s varying from roughly 6 to 60mΩ, designers will experience a new level of flexibility, and the ability to stay with the same provider over a wide range of use cases. 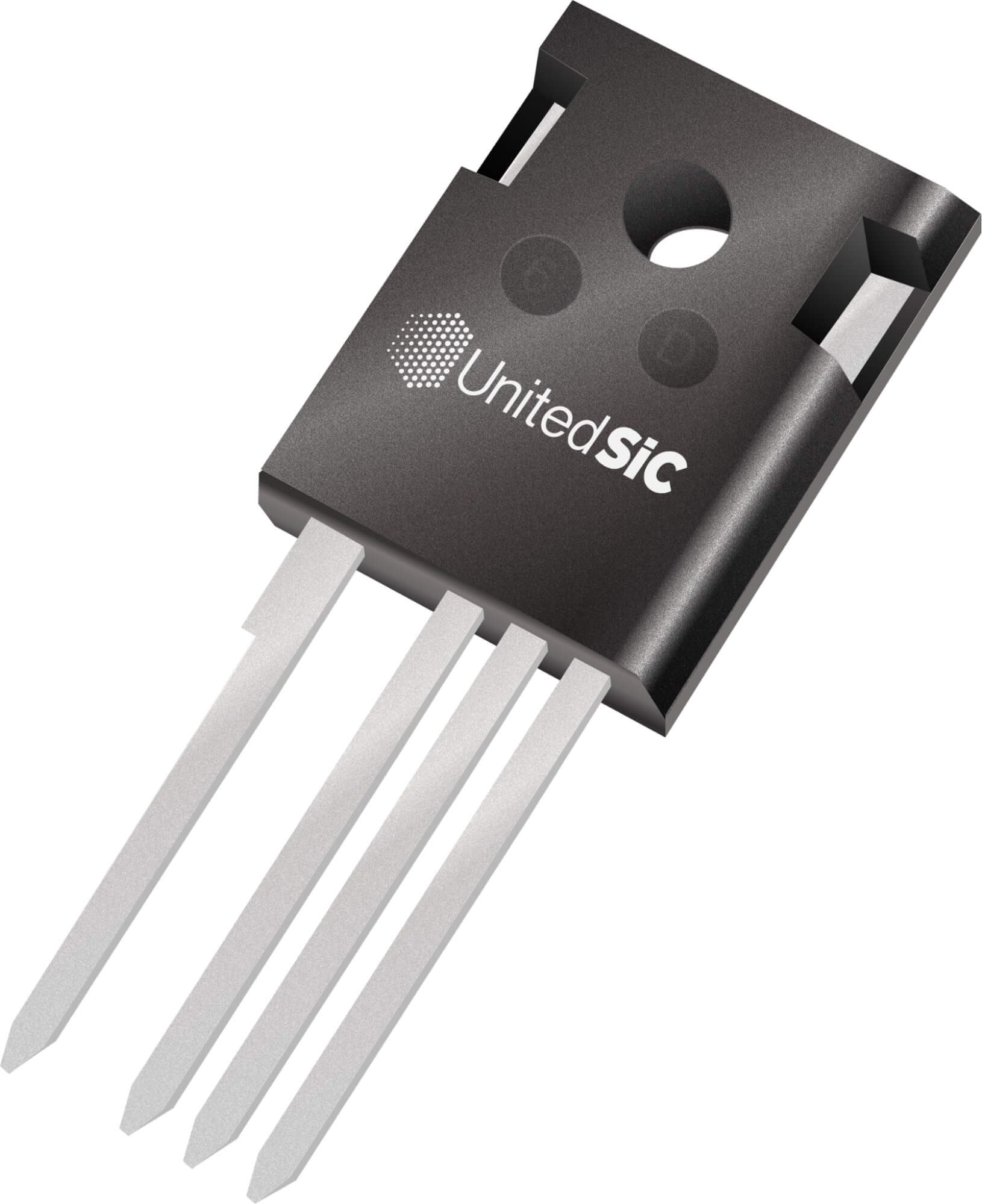 The Gen 4 SiC FET devices are described in the announcement as “a ‘cascode’ of a SiC JFET and a co-packaged silicon MOSFET.” The arrangement provides the high speed and low losses of SiC technology along with a stable gate drive with integral ESD protection. In an earlier article about the first four Gen 4 devices, we described both cascodes and the fourth “Kelvin” lead.

It’s not one size fits all when it comes to figures of merits (FOM), as different combinations of factors take precedence in different design situations. For the new Gen 4 devices, United SiC claims best of class status in

For Hard Switching applications, a low FoM result for RDS(on) x EOSS/QOSS is critical, and UnitedSiC affirms that its result is half that of the nearest competitor.

As Chris Dries, President and CEO of UnitedSiC describes it. “The UnitedSiC Gen 4 SiC FETs are unquestionably the performance leaders within competing technologies and set a new benchmark in wide bandgap switch technology. The new range additions now provide further options for all performance and budget specifications, and a wider range of applications.”

Gen 4 is not only for new devices, as existing devices can readily be retrofitted, due to Gen 4’s industry-standard TO-247 packaging. Often with few if any engineering changes, established devices can be endowed with an effortless boost in efficiency.

United illustrates a range of possibilities in its technical product overview: