These devices allow for power to be transmitted wirelessly through inductive coupling to charge different products, including controllers, wearable devices, robotic cleaners and drones. 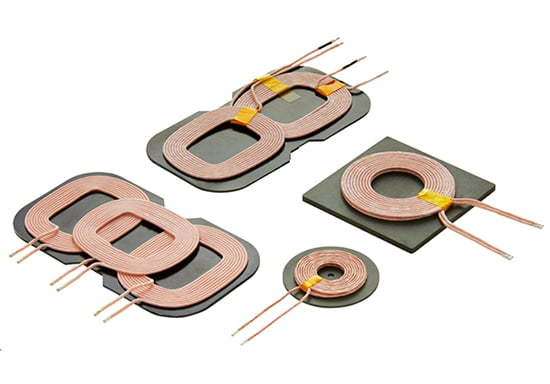 This eliminates the need for conductive connections and traditional wiring, transferring both data and power while avoiding the mechanical abrasion, corrosion and wearing-out of conductive contacts.

The new transmission coils’ size and shape are also customizable, and the devices are compliant with Qi standards.

WIth an Inductance tolerance of ± 5% for (J), ± 10% for (K), with inductance of 6R3 for 6.3uH and an operating temperature of -20°C to 85°C, the WCC Series also satisfy all environmental requirements, including RoHS, REACH, Prop 65 & Conflict Minerals.

The components are available in single, double and multiple winding configurations. For more information, you can check the datasheet here.

First unveiled during this year’s PCIM virtual event, the Infineon’s EasyPACK module with CoolSiC automotive MOSFET technology is a 1200 V half-bridge module with an 8 mΩ/150 A current rating. 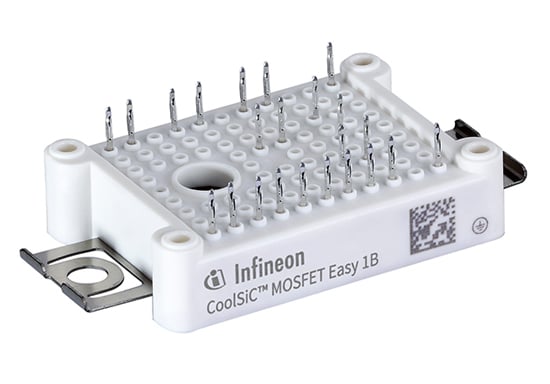 Built to achieve high short-circuit, cosmic ray, and gate-oxide robustness, the components are fully qualified to the AQG324 standard.

Infineon has reportedly sold more than 50 million EasyPACK modules in the past ten years.

The automation giant has since then also worked on the expansion of its portfolio of CoolSiC products in industrial applications as well as the introduction of the CoolSiC automotive MOSFET technology into the EasyPAC.

The next stage of development for the company is now to expand the range of applications for the EasyPAC module family to include high-voltage applications in electric cars with high efficiency and switching frequency requirements.

Infineon has already started mass production of the EasyPACK™ CoolSiC™ Automotive MOSFET module, and the components will be available to manufacturers starting September 2020.

The new InnoSwitch 3-AQ is an AEC-Q100-qualified flyback switcher with integrated 750 V MOSFET and secondary-side sensing. 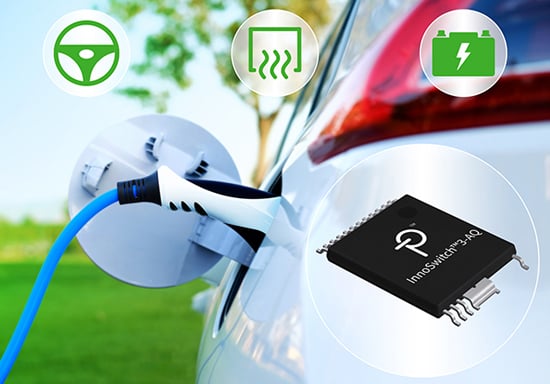 The company's FluxLink technology also enables the inverters to maintain output voltage regulation even under the transient stress test.

The new flyback switchers are packaged in a surface-mount InSOP with 11 mm primary to secondary creepage and are available now with prices starting at $2.75 in 10,000-piece quantities.

Converters From Ingeteam and Infineon

The result of a collaboration between Spain-based power conversion group Ingeteam and Infineon, the INGEREV RAPID ST400 is rated at 400 kW and is based on CoolSiC MOSFETs in an EasyDUAL 2B housing. 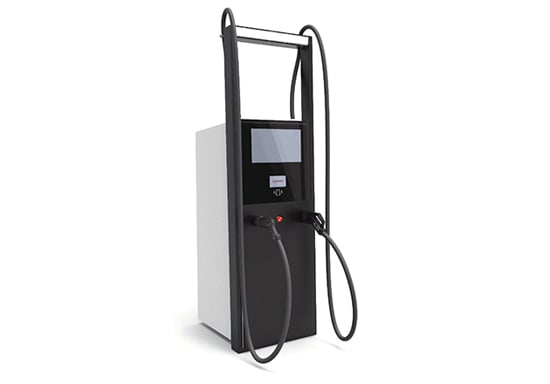 The result of a collaboration between Spain-based power conversion group Ingeteam and Infineon, the INGEREV RAPID ST400 is rated 400 kW and is based on CoolSiC MOSFETs in an EasyDUAL 2B housing.

The companies have shared a remarkable autonomy for the device, claiming EV now only needs to stop for a minimum of 10 minutes for an 80% percent battery charge.

This would be due to the fact that SiC technologies enable high switching speeds with lower switching losses, thus reducing charging times.

Ingeteam and Infineon first tested this technology last year in Spain during a project developed, implemented, and commissioned by IBIL, the leading recharge technology services company in the country.

The facility in Ugaldebieta in the Bay of Biscay region now features four ultra-fast charging points which are regularly utilized by drivers passing through the A-8 motorway.

What automotive-based power products have you seen rollout recently? Let us know in the comments below.