“In July 2017, the Energy Harvesting Committee of the Power Sources Manufacturers Association (PSMA) aspired to capitalize on their growing momentum

“In July 2017, the Energy Harvesting Committee of the Power Sources Manufacturers Association (PSMA) aspired to capitalize on their growing momentum with higher profile activities that enhance awareness and adoption of energy harvesting (EH) and related micro-power management technologies. The group recognized that the single, biggest barrier to the advancement of these emerging technologies was the siloed nature in which they were being developed. From this, the EnerHarv 2018 workshop emerged.”

Given the success and positive response from prior efforts such as Industry Sessions at the 2017 and 2018 Applied Power Electronics Conference (APEC) and numerous industry presentations/ webinars/etc. from Committee members, it seemed many players in key industries such as the Internet of Things (IoT), wearables, industrial controls, automotive, and many more were finally starting to gain enough acceptance of the potential for energy harvesting technologies similar to solar energy and other renewable energy to be a unique enabler to many of their associated, target verticals.

The next logical step was proposing a focused event that brought together the best and brightest from the world of energy harvesting to not only educate each other but also allow ample opportunity for networking and collaboration opportunities. For these reasons, a workshop format was chosen and intentionally executed to be fully experienced as a collective.

EnerHarv 2018 was born with the financial support of the PSMA Board of Directors, the technical support of key partners from IEEE Power Electronics Society (PELS), European Center for Power Electronics (ECPE), the CONNECT Science Foundation Ireland Research Centre, China Power Supply Society (CPSS), the venue/hosting support of Tyndall National Institute and media partner How2Power (and support from Bodo’s Power Systems). Whilst there was a strong mix of academia and industry contributors, there was a heavier emphasis on industry and real-world application enablement. 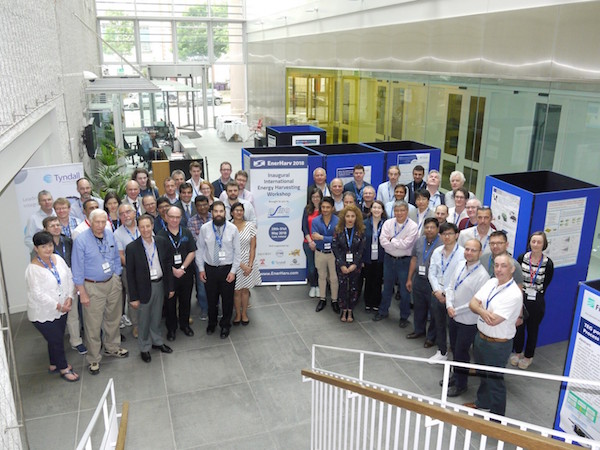 Figure 1. Most of the EnerHarv 2018 delegation. (Picture courtesy of Tyndall National Institute)

The inaugural international EnerHarv 2018 workshop was held May 29-31, 2018 in Cork, Ireland at Tyndall National Institute. There were 81 attendees representing every major geographical region on the planet (“sorry, Antarctica...”). The program was divided evenly between lecture sessions, functional demonstrations, and interactive panel discussions with plenty of time reserved for networking and team-building prospects as well as a poster session as a bonus. In totals, attendees enjoyed:

The program opened with two keynotes, the first from Yogesh Ramadass, Director of Power Management for Texas Instruments’ Kilby Labs with an overview of energy harvesting technologies and applications from the past to where we are headed in the future.

This was followed by Eric Yeatman, Head of the Department of Electrical and Electronic Engineering from Imperial College London, with a focus on wireless sensor networks and outlining how their deployment, enabled by energy harvesting, opens the doors to many of the applications receiving much industry focus today from IoT to Unmanned Aerial Vehicles (UAV).

Many great things came out of this workshop, some expected and some surprises. Given the emphasis put on developing synergies across the siloed contributors of this industry, it was great to see the excitement and willingness of the participants to learn about each other’s area of expertise and organically seek collaboration where appropriate.

Towards the end of the workshop, this was best exemplified by Gopi Patel of Wurth Electronics who stated, “I now realize what was a competitor is now a collaborator”. In the final panel session and open discussion in response to an excellent summary of the week’s events and look to the future delivered by Francesco Carobolante, CTO, and G2nd Systems. 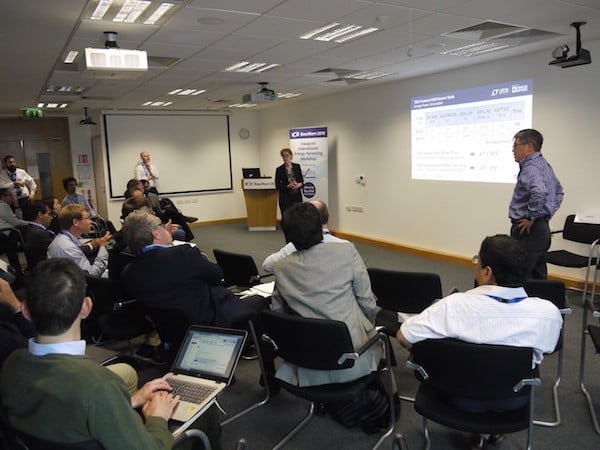 Perhaps more surprising were some of the contributions that the majority of participants (from what one might call the “mainstream energy harvesting ecosystem”) did not even realize were relevant, let alone important, additions and enablers of the IoT.

One example of this was a presentation (the only real software talk in a very hardware-focused program) given by Brandon Lucia, Assistant Professor of Electrical and Computer Engineering at Carnegie Mellon University in which he described the need for software code. Ithas the intelligence to use an “intermittent execution model” that can handle unexpected power interrupts and simply pick up seamlessly from where it was operating when power was lost. 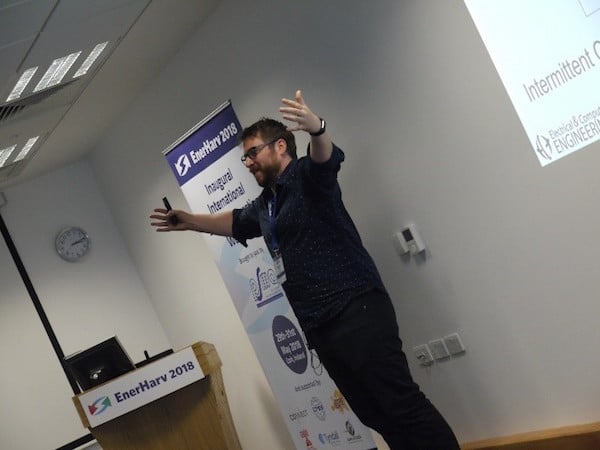 Alex Weddell, Academic Staff Member & Co-Investigator for the ARM-ECS Research Centre, an award-winning collaboration between ARM and University of Southampton, gave some eye-opening perspective on the part-to-part variation of photovoltaic cells, even within a common lot, that can drastically change the design calculations required to reliably deliver an integrated IoT device.

One of the most important enablers for perpetuating the energy harvesting  ecosystem is demonstrating many of these technologies to harvest energy are viable today for real-world applications, particularly for the IoT. This is why the inclusion of functional demonstrations (days 1 and 2) was a mandatory, complementary aspect of the workshop program. Each demo got a 60-second elevator pitch immediately preceding the session.

Delegates could freely meander the demos, interact with the presenters and learn about the technology and/or applications being shown. A poster session always creates structure and stimulates discussions and networking and this also went extremely well. All the demo and poster sessions were composed of a nice mix of contributions from both industry and academia. 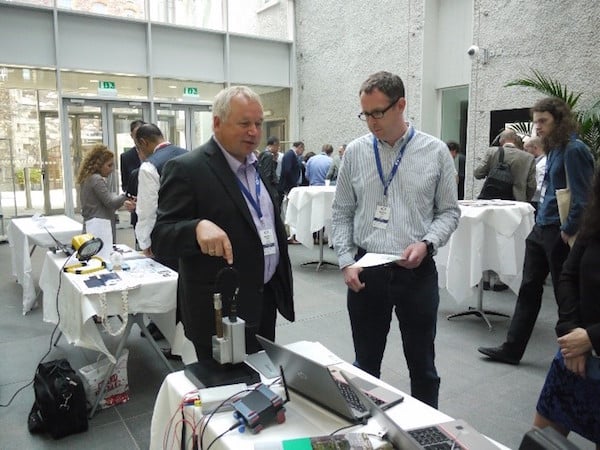 While this diverse group of contributors and audience provided a wide area of breadth and depth of coverage, there is still so much more to consider. Even in 2.5 days, EnerHarv 2018 could only fit so much into the program and maintain the high standards of quality and balance demanded by the organizers. Even those working heavily in the energy harvesting space continually discover there are always additional, important areas of expertise to incorporate into this community and expand their horizons, while growing the ecosystem. EnerHarv 2018 was no exception to this.

If one truly wants to internalize the technological and market requirements for enabling energy harvesting or EH-powered applications, then it is important to transcend the typical coverage areas (e.g., transducers, power management, storage, loads) to consider things like software, test and measurement, user interaction, and industrial design.

It is also important to recognize that many applications will not have an ambient energy harvesting source. Nonetheless,  the micro-power management technologies being developed offer the opportunity to significantly extend the battery life for IoT devices thereby reducing maintenance costs, improving reliability and functionality.

Post-event surveys were distributed both at the workshop and in electronic form following the event with responses received from over 40% of the attendees. Feedback was quite positive, but this must also be interpreted in the proper context.

EnerHarv 2018 was designed primarily for the contributors of the energy harvesting ecosystem to develop synergies and learn from one another, but this also means there was a significant deficit of representatives from the user or implementer perspective. This meant an obvious, positive bias to the perceptions of attendees.

Some of this bias can even be attributed to the locale since Cork, Ireland was far more amenable to those (particularly in Europe) providing energy harvesting materials and components as opposed to those on the application side.

For instance, if this event was held in Silicon Valley (San Francisco Bay area, USA), then it would be far more likely to include more contributions from the implementer/application side of the fence and therefore, may have a more apprehensive, cautious and risk-averse approach to implementing energy harvesting technologies. This will absolutely be taken into consideration for those of us from the PSMA energy harvesting Committee and others that are involved in planning future activities.

One of the most frequent feedback comments was not in regard to IF there should be another EnerHarv, but a question of WHEN and that for example a biennial event is not frequent enough to keep up with the pace of this emerging technology space or the demand of the ecosystem for knowledge and insight. 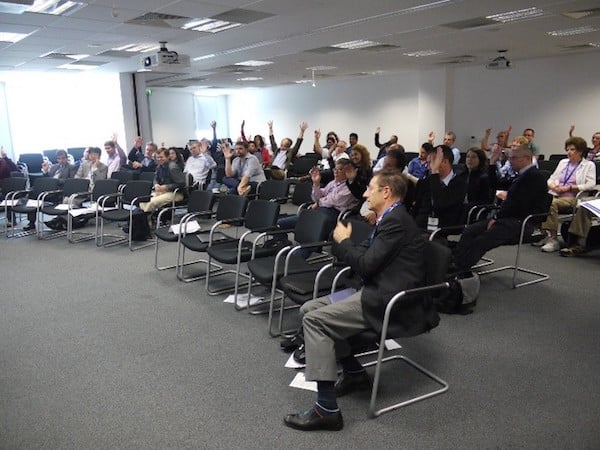 Figure 5. At the closing session, a poll is taken on how the audience felt about meeting the workshop objectives and if there should be more in the future…seems affirmative! Image courtesy of Tyndall National Institute.

At the end of the day, this effort was an experiment and an effort to build, network and steer a critical mass of people in the ‘powering IoT’ ecosystem and to this end it was a major success and a solid foundation for future activities.

The members of the PSMA energy harvesting Committee recognized the growing awareness and acceptance of energy harvesting technologies and their critical enablement role in the IoT/IIoT, wearable, industrial automation, autonomous vehicle, and many more industries. Taking advantage of this momentum, it was decided to drive that thrust to the next level and officially recognize this emerging technology area for what it is, a true ecosystem.

Brian Zahnstecher is a Sr. Member of the IEEE, Chair of the IEEE SFBAC Power Electronics Society (PELS) awarded 2017 Best Chapter awards at the local/national/worldwide levels concurrently (an unprecedented achievement), sits on the Power Sources Manufacturers Association (PSMA) Board of Directors, and is the Principal of PowerRox. He has over 14 years of industry experience and holds Master of Engineering and Bachelor of Science degrees from Worcester Polytechnic Institute.

Mike Hayes (MEngSc, University College Cork) has over 30 years of experience working in Power Electronics industry and ICT/Energy Efficiency research promoting and leading synergy opportunities between domains. He has written a number of publications, participated in EU studies, presenting & chairing conferences and workshops related to this. Mike is currently president of PSMA board of directors and cofounder of the PSMA energy harvesting committee in 2015, chairing energy harvesting industry sessions at APEC 2017 & 2018 and contributing to the PSMA technology roadmap in 2017. He is also co-founder of EnerHarv and was General Chair for EnerHarv 2018.