In this article, you’ll learn about transformer nameplate data and different sound levels in a transformer due to the phenomenon called magnetostriction.

A transformer, like all other electrical equipment, is designed and manufactured to function in an electrical system at a specified voltage, frequency, load, etc. The nameplate data is carefully checked to ensure that the transformer is installed and maintained according to the data (see Figure 1). The nameplate should never be defaced or removed. The five sections of a nameplate include general information, the physical terminal arrangement, a schematic diagram, a vector reference, and a voltage ratio table. 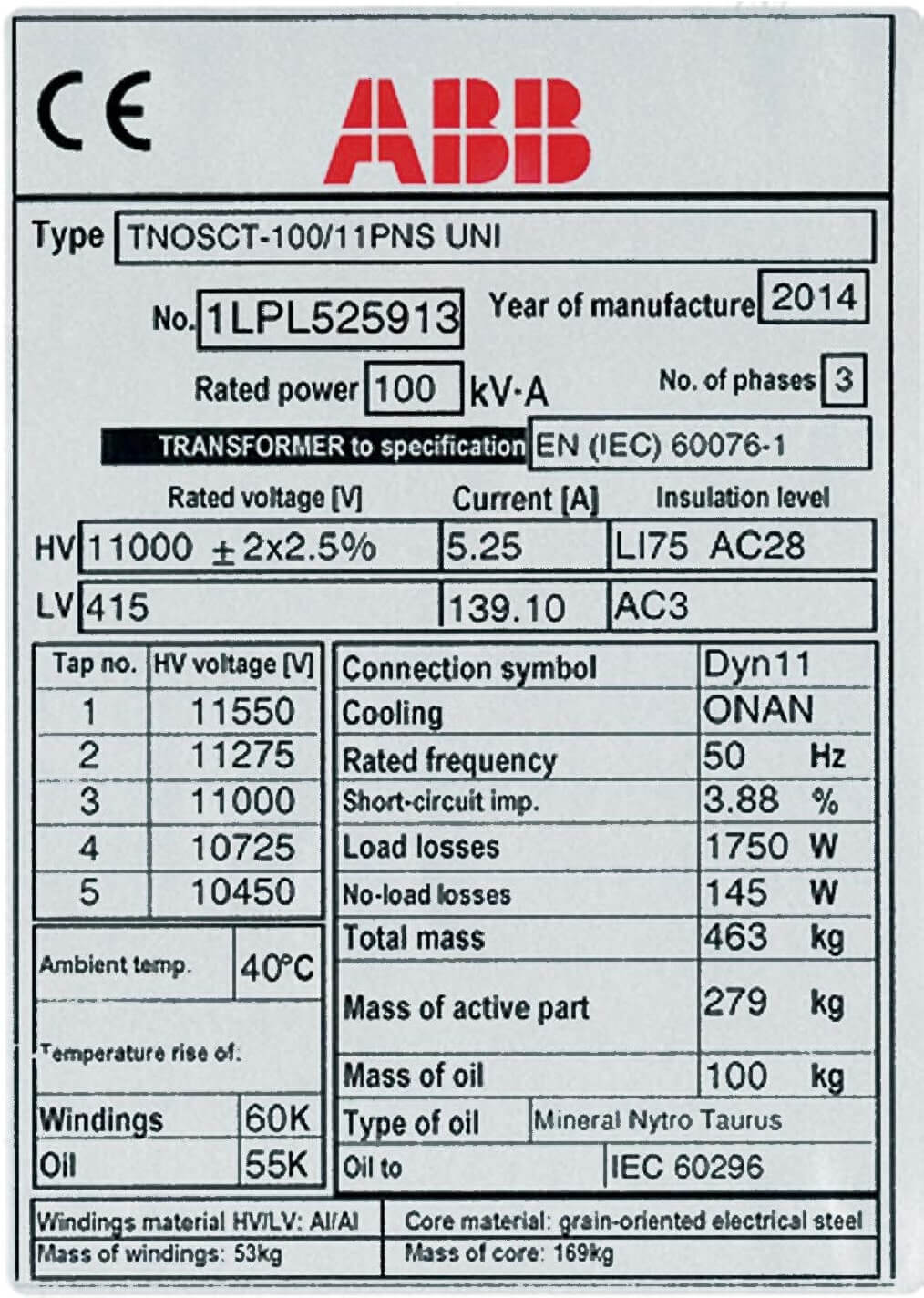 Figure 1. A nameplate describes the operating parameters of a transformer. Image Courtesy of ABB

Normally as a block drawing, the physical locations of all terminals are given with reference to some obvious feature of outside construction. This enables all connections to be positively identified.

A complete winding schematic diagram shows all internal connections, coil tap numbers, internal selector switches, and main terminal markings. The combined use of the physical terminal arrangement drawing and the schematic diagram enables the user to determine exactly how each bushing is connected internally. Also included on the schematic diagram are all auxiliary components such as current and potential transformers showing their actual electrical positions and ratios.

One or more tables are given for transformers with a tap changer. The table lists the tap indicator number, the actual coil numbers, and how they are connected. The voltage ratio is given for each tap position and, in some instances, the full-load current at that tap position. On many nameplates, to avoid the use of voltage ratios, which would mean small decimal numbers, the nominal voltage of the winding without the tap is taken, and the voltage required to produce this nominal value is listed for each tap. Both methods give the same information.

All transformers hum when energized. The hum is due to a property of magnetic materials called magnetostriction. A changing magnetic field causes small changes in the size of the metal parts in the direction of the magnetic field. The change in size results in vibrations within the laminated steel core structure.

The vibrations generate a humming sound. The hum has a fundamental frequency of twice the applied frequency. The sound volume is determined by the transformer design, construction characteristics, and the methods used in the installation. Toroidal transformers typically have the lowest volume of all transformer types. Electrical maintenance personnel should monitor transformer sound levels. Any noticeable change in sound level could be the result of loosening clamp hardware, vibration isolators, or over-excitation and should be investigated.

The level of sound produced by a transformer is measured in decibels (dB). A decibel (dB) is the unit used to measure the intensity of sound. The decibel number represents a ratio of the level of sound to a reference level (usually 0 dB). The noises in and around most indoor locations (ambient sound level) normally mask transformer sounds. Tables are available for the average ambient sound levels in areas where transformer noise could be a problem (see Table 1).

Table 1. The ambient sound level must be considered when selecting a transformer.

The sound level produced by a transformer is normally not a problem when transformers are installed in substations, in vaults, or outdoors. There are specific critical locations where sound is an important factor. Test procedures have been established so that transformer manufacturers can publish the sound level ratings of their transformers.

Table 2. The transformer sound level is based on the kVA rating.

In other areas such as schools, churches, and hospitals where the ambient sound level is very low, special precautions must be taken to select a transformer with a low sound rating and to locate and install the transformer to keep the sound level at a minimum.

Sound levels are measured 1′ from the outside edge of the transformer.