The company says that they promise to revolutionize lithium-ion batteries, which are known to explode when overheated or overcharged. Li-ion batteries also have the disadvantage of being expensive to manufacture. They are also known to be sensitive to temperature and can become unusable if the voltage drops below a certain level.

"Our energy storage technology serves as the basis for higher energy/power density, more economical and safer cell designs," notes Manveer Sidhu, President, Sidhu Laboratories who serves as founder, materials scientist and principal researcher. "SiLyte represents a scientific breakthrough that moves the concept of solid-state batteries from the laboratory to real-world applications - now and not in a decade."

Sidhu Laboratories says that its new material, SiLyte enables the development of safe, non-flammable, and chemically-inert batteries. The material offers high-thermal stability and uses non-toxic components. Furthermore, it has no outgassing of hazardous chemicals at high temperatures. 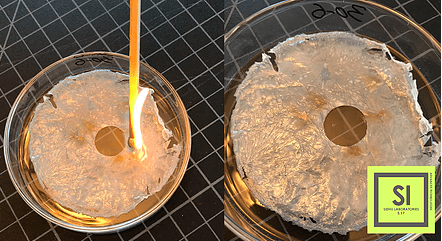 Silyte next to open flame

The company claims that the polymer electrolytic membrane outlasts conventional storage systems. SiLyte is electrochemically stable up to 5V and has room temperature ionic conductivity of up to 1.4mS/cm It has a Li-ion transference number of 0.60.

In addition to being made with non-toxic materials, the membrane material boasts superior mechanical strength and is secure, unlike traditional batteries with rigid packaging.

The membrane material has a high elastic modulus. A nanofiber-reinforced component structure helps make the material

flexible and resistant to deformation upon bending. The roll-to-roll processable membrane material is said to be easily scalable into a variety of shapes. 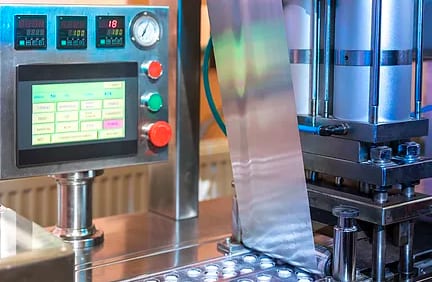 Sidhu Laboratories notes that it is soluble in acetonitrile and NMP, and claims that it also lowers manufacturing and material costs and requires no sophisticated synthesis.

SiLyte is the most recent development in Sidhu Labs' on-going efforts to create a platform of electrolytes to fit the requirements of various applications such as electric vehicles, portable electronics, high-temperature environments, as well as micro-grid energy storage.

For example, a specialized electrolyte that is resistant to partial melting is suitable for applications in which temperatures rise above 60°C.

"Sidhu Labs is meeting the needs for more efficient and power energy storage materials and devices to develop longer-lasting and safer portable electronics and more efficient electric vehicles," explains Manveer who worked on an EMBATT Bipolar battery project at Fraunhofer Institutes for Ceramic Technologies and Systems in Germany. "Our goal is becoming an integral part of the battery market through the development of disruptive energy storage solutions."

Sidhu Lab has made the SiLyte 1.0 line available for commercial use, and the company using the electrolyte platform to develop a 3.2V pouch cell that can exceed 4,000 charge cycles for release later this year. Future plans include the fabrication of large battery systems (up to 1m x 0.3 meters) for longer-lasting electric vehicle performance.