New research from the University of Pennsylvania shows a packing-free design for micro batteries which could enable absorption of higher energy densities at smaller battery sizes.

The team of researchers designed and built new hierarchical microbatteries. The concept of the new design is to create short ion and electron transport distances in the battery, therefore, improving the power performance in the battery.

“We essentially made current collectors that perform double duty,” says James Pikul, assistant professor in the Department of Mechanical Engineering and Applied Mechanics and one of the heads of the study. “They act as both an electron conductor and as the packaging that prevents water and oxygen from getting into the battery.” 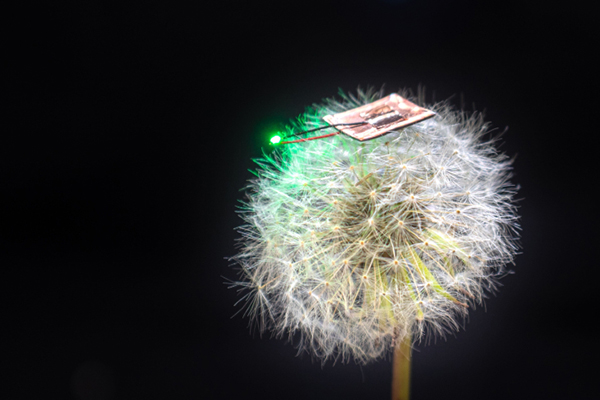 Weighing about as much as two grains of rice but with the energy density of a much larger, heavier battery, the researchers’ packing-free design could enable a host of otherwise impossible electronics. Image courtesy of Penn Engineering Today.

A new kind of current collector and cathode was developed. This does not only increase the fraction of the materials that store energy but also replaces the nonconductive protecting shell. Therefore additional space for the energy storage materials is gained while protecting the battery’s sensitive internal chemicals.

The power densities of the new micro-batteries were up to 7.4 mW/cm^2 mm which is a great improvement over older microbattery technologies. 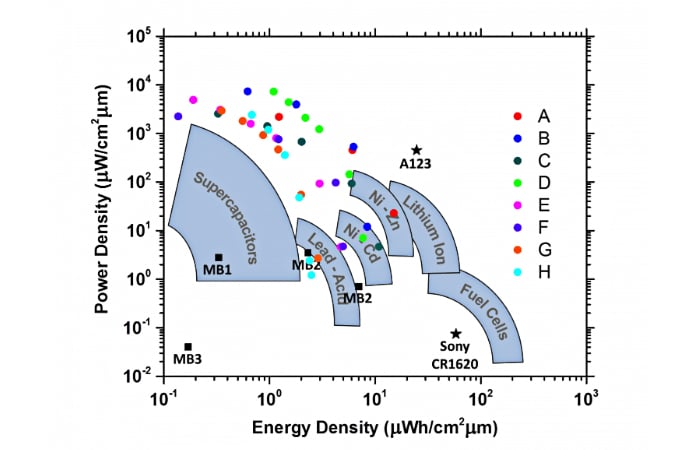 Normally batteries release energy by breaking chemical bonds. To do this batteries require thin electrodes. The thinness of the electrode is proportional to the energy storage capacity where fewer energy-storing chemicals could be inserted into the battery. Normally cathodes are made of crushed particles compressed together.

The researchers found a way to break the chemical bonds and move the ions and electrons using a thick electrode. The researchers reduced the spaces between the electrodes using molten salts and aligned the cathodes.

“Instead, we deposit the cathode directly from a bath of molten salts,” Cook says, “which gives us a huge advantage over conventional cathodes because ours have almost no porosity or air gaps.”

“This process also aligns the cathode’s ‘atomic highways,’” Pikul says, “meaning lithium ions can move via the fastest and most direct routes through the cathode and into the device, improving the microbattery’s power density while maintaining a high energy density.” 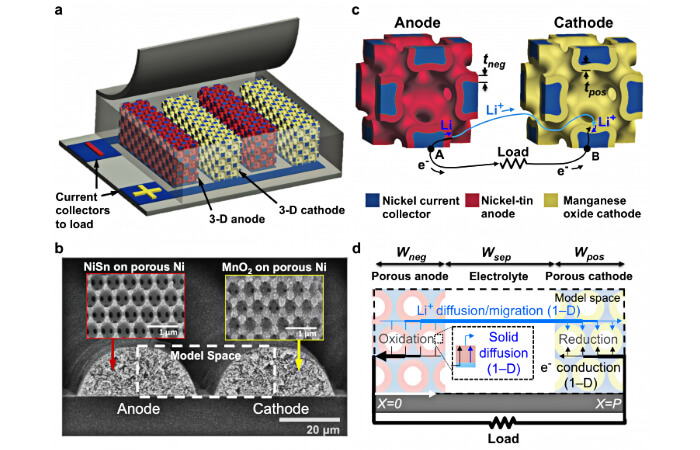 Image describing the microbattery configuration in the research. Image courtesy of Pikul Lab

The research was funded by the NSF National Nanotechnology Coordinated Infrastructure Program under Grant NNCI-1542153.