Faradair join forces with leading industry giants to develop a more sustainable aircraft for transport and travel for the future.

UK-based company Faradair, is a pioneer in the development of hybrid-electric aircraft. Faradair develops short take-off and landing aircraft for applications such as charter and scheduled flight services to regional towns and cities. Recently, the company joined forces with collaborators Honeywell, Cambridge Consultants, MagniX, and Nova Systems. Together, the team of industry giants will endeavor to push forward the development of the Bio Electric Hybrid Aircraft (BEHA). 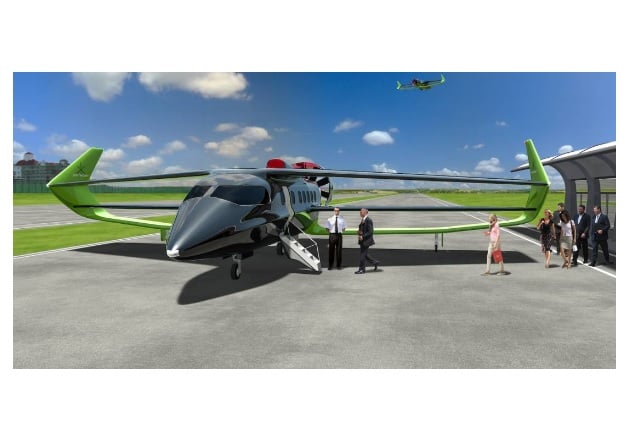 Faradair’s BEHA has a height of approximately 14ft, a wingspan of 57ft, and a length of 48ft. The aircraft is similar in proportion to the former British Aerospace Jetstream 31 twin turboprop regional airliner, which has a wingspan of 55ft. The cabin is non-pressurized to reduce maintenance costs and an integrated solar panel provides ‘always on’ cabin ground power. The BEHA has opposing gull-wing doors for loading cargo and deplaning with greater speed. Additionally, acoustic reduction envelops a contra-rotating pusher propfan. A prominent feature of the aircraft is a “triple-box” wing that is comprised of three beams that join together in winglets.

The design of the BEHA is hoped to relieve the challenges that hinder regional flight growth. This includes operations costs, emissions, noise. Faradair’s “environmental neutral workhorse” has been designed to carry 18 passengers, accommodate three LD3 cargo containers, and payloads of up to 5 tons. The BEHA would be able to fly 1,150 miles with a service ceiling of around 14,000 feet and run at speeds of up to 230 mph.

Faradair intend to build a total of 300 BEHA aircraft with a majority to be used for fire-fighting operations (150). The remaining aircraft are planned to be used for passenger and cargo operations (75), freight-only services (50), and non-civilian government roles (25).

Among the leading industry collaborators taking part in the BEHA, MagniX will be supplying Faradair with two of its magni500 electric motors and the supporting magniDrive control system. The Magni500 operates at a base speed of 1900 RPM and a maximum speed of 2600 RPM. It has a continuous power of 560 kw / 750 shp and continuous torque of 2814 Nm / 2075 ft. lbs. The motor also has an advanced thermal and liquid cooling performance, along with a 4 x 3-phase architecture to enable “Graceful Degradation” should a fault occur. MagniX is also providing Faradair with its magniDrive solution which enables both DC/AC operation for propulsion and AC/DC operation for generation. 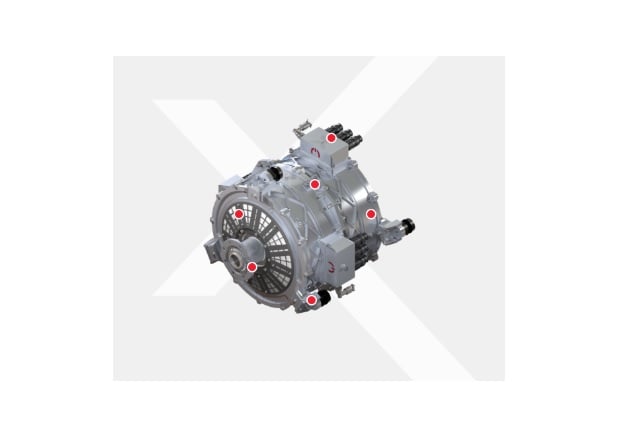 Cambridge Consultants will be supporting aircraft development by providing its expertise in hybrid propulsion architecture. The company will be helping Faradair to figure out the best way to integrate the turbine and the electric motors from MagniX. Honeywell will be producing a turbogenerator modeled on its gas turbine and generator technologies. This turbo-generator will be able to run on sustainable aviation fuel. The U.S. aerospace group will also be involved and will be providing help with systems for the BEHA which includes avionics and flight control. UK-based Nova Systems has planned to support Faradair during the early stages of prototype development and work together concerning the certification process for the BEHA family of aircraft.

“We are honored to announce a collaboration with these leading organizations,” said Founder and Managing Director of Faradair Neil Cloughley. “Their input will enable us to deliver the BEHA prototype by 2024 and subsequent Part 23 certification for operational trials from 2026. Gaining such support validates our business model and capability of the BEHA,” Cloughley said