Members of the BM1ZxxxFJ series are said to be the first such devices not to include a photo detector.

Through eliminating the internal photocoupler and many of the external components previously required, devices can now be built requiring far less power in standby mode. 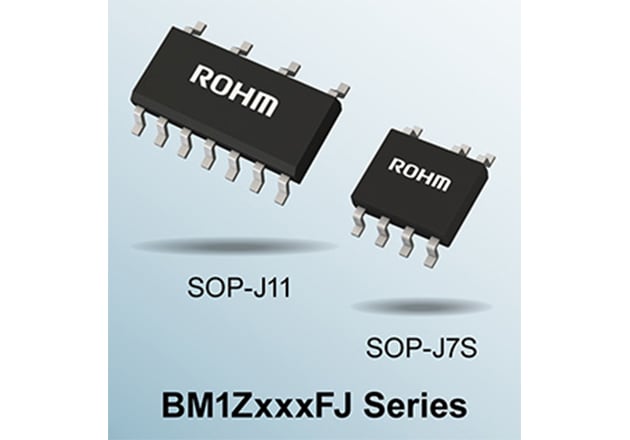 ROHM’s BM1ZxxxFJ series of zero cross detection ICs are optimized for today’s Wi-Fi enabled smart home appliances. These modern conveniences must always be ready to communicate with human or automatic controllers, so they are never truly off.

When a device such as an appliance receives a command to turn on, with a zero detection IC on duty it can so so when the AC sine wave is crossing the zero axis, so less inrush current is drawn, increasing the longevity and reliability of other system components.

On the left side of the image below, notice the LED connected across the line voltage. At the zero voltage crossing of the AC sine wave, it momentarily receives no voltage, and thus stops emitting light. The adjacent photodetector notes this and signals “zero cross” to the MCU. 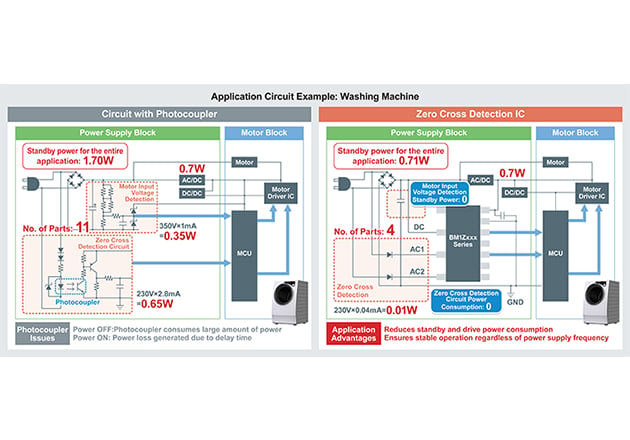 Governments word-wide are mandating ever-lower appliance standby power, which is one reason why it is of increasing concern to manufacturers, too.

BM1ZxxxFJ series devices eliminate the risk of degradation or failure due to variation of the photocupler’s LED luminosity. In addition, the delay time error is reduced to as little as ±50μs. Thus, even with the various line voltages used in nations worldwide, it is possible to drive motors efficiently. The new devices also include a motor input voltage detection facility, making it possible to eliminate still more external components.

ROHM’s new devices can cope with input voltages of up to 600 volts. They perform voltage division, generating outputs capable of properly powering standard MCUs, always keeping the output below the MCU’s rated maximum input. Additionally, the BM1ZxxxFJ devices feature a voltage clamp to ensure that the voltage never exceeds 4.8 volts. This protects the MCU from the voltage spikes that may occur with devices such as air conditioners.

Most importantly, members of the new series support standard rectification and double rectification circuit topologies as well as pulse and edge waveforms. Thus designers can easily replace photocoupler-based units with no software changes.

The units are available with or without the DC voltage monitor and work with either pulse or edge output waveforms. All units can withstand up to 600 volts and operate over -40 to +105℃. 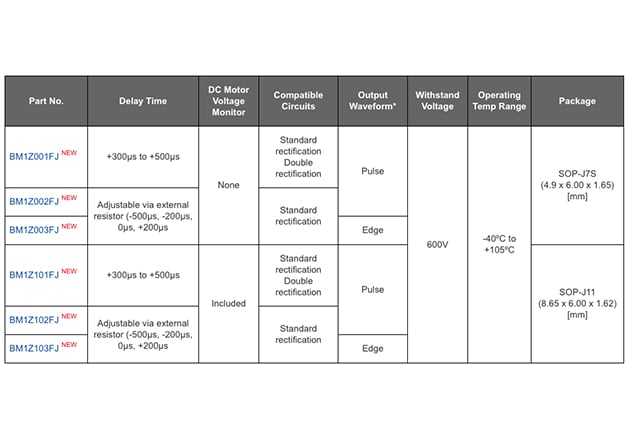 Members of the BM1ZxxxFJ series. Image courtesy of ROHM 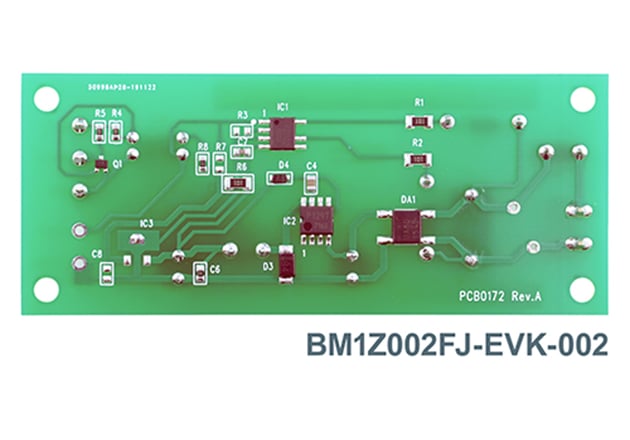 The BM1Z002FJ-EVK-002 evaluation board for evaluating the BM1Z002FJ. Image courtesy of ROHM