Researchers from the University of Cambridge announce the development of a microscopy technique that can help elucidate how lithium-ion batteries could be made to charge much faster.

Researchers from the University of Cambridge recently announced the development of a new laboratory technique that can be used to observe the movement of lithium-ions within lithium-ion batteries. This technique could enable the development of next-generation LiBs and also help researchers improve existing LiB, battery models. The Cambridge team originally published the results of their work in the journal Nature.

The research team at Cambridge understood that to create improved LiBs that can charge faster and exhibit a high energy density, they would need to understand the processes going on inside the functional materials under realistic conditions and in real-time. To gain such understanding, researchers have turned to time-consuming and expensive techniques including synchrotron X-ray or electron microscopy. For the Cambridge team, there had to be another more economical and efficient way.

The team developed an optical microscopy technique called interferometric scattering microscopy (iSCAT) to observe individual particles of lithium cobalt oxide (LCO) charging and discharging by measuring the amount of scattered light. This technique belongs to a class of methods that allow for the detection and imaging of a subwavelength object through interfering with the light being scattered by it with a reference light field. 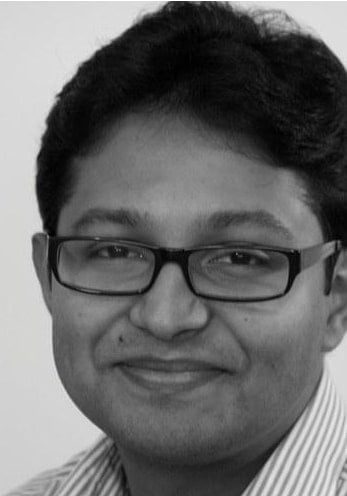 Dr. Akshay Rao. Image courtesy of the University of Cambridge

The Cambridge team observed that the LCO went through a series of phase transitions during charging and discharging. The phase boundaries within the LCO particles moved and changed as lithium ions traveled in and out. Depending on whether the battery was charging or discharging, the mechanism of the moving boundary appeared to change.

In a news release, Dr. Akshay Rao from Cambridge’s Cavendish Laboratory, commented: “We found that there are different speed limits for lithium-ion batteries, depending on whether it’s charging or discharging.” Rao added: “When charging, the speed depends on how fast the lithium ions can pass through the particles of active material. When discharging, the speed depends on how fast the ions are inserted at the edges. If we can control these two mechanisms, it would enable lithium-ion batteries to charge much faster.”

The researchers hope to use their newly developed iSCAT technique to study and develop next-generation battery materials. The method is high-throughput and can sample a multitude of particles across the entire length of the electrode. It also holds the capacity to allow observations concerning what happens when batteries fail, which may lead to an understanding of how to prevent such an occurrence.

“This lab-based technique we’ve developed offers a huge change in technology speed so that we can keep up with the fast-moving inner workings of a battery,” said Dr. Christoph Schnedermann, from Cambridge’s Cavendish Laboratory. “The fact that we can actually see these phase boundaries changing in real time was really surprising. This technique could be an important piece of the puzzle in the development of next-generation batteries.”