Researchers find a novel way of enhancing the performance of lithium-oxygen batteries to improve cycle life.

Researchers at the Korea Advanced Institute of Technology (KAIST) uncovered a process that led to the improved electrochemical performance of lithium-ion batteries. The electrode material produced from the process could be used for advanced energy storage in the near future. The KAIST researchers understood the capability of lithium-oxygen batteries in becoming the latest in next-generation energy storage technology and the challenge of sub-nanometric particle (SNP) stabilization at high mass loadings.

Creating space for forming and controlling SNPs using a type of scaffolding called a metal-organic framework (MOF) was something the KAIST researchers were aiming to achieve. By doing so they would be able to control the behavior of reacting molecules. This strategy can reduce the overpotential incurred by electrocatalysts in cathode electrodes of batteries. 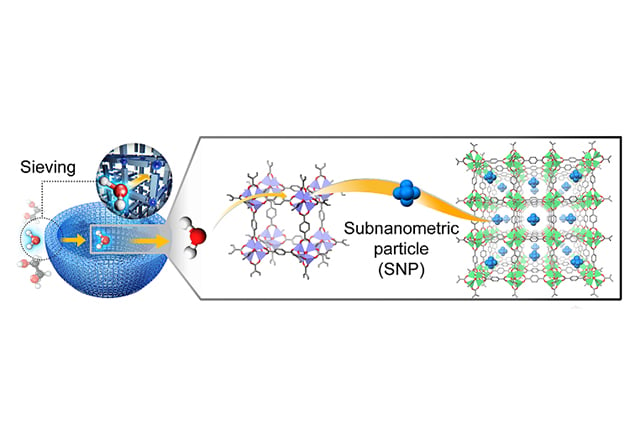 Schematic representation of the process of EG–water complex formation and illustration of the penetration process of an isolated water molecule. Image used courtesy of KAIST

Usually, when electrocatalysts are reduced in size to the atomic level, surface energy increases and this leads to increased activity and accelerated agglomeration or an assemblage of SNPs. This can contribute to the short cycle life of lithium-oxygen batteries. SNPs are typically stabilized with agglomeration but only at low mass loadings where collision frequency of SNPs can be inhibited.

Professor Jeung Kang along with his research colleagues at KAIST developed highly-porous, flexible, multilayer MOFs to stabilize SNPs. The multilayer MOFs incorporated alternating stable and decomposable layers for the autogenous formation and stabilization of SNPs in scalable mass loadings. The researchers began by stacking these layers using organic linkers and water molecules which were transferred water to the decomposable MOF layer throughout the stable MOF layer. Multilayer MOFs become transformed into  SNP‐embedded multishell hollow MOFs which allows SNPs to be generated.

Hydrogen bonding between water molecules and an organic compound called ethylene glycol (EG) was used to isolate each water molecule, which passed one by one through the MOF. Under precisely controlled conditions the water molecules reacted with cobalt ions to form di-nuclear cobalt hydroxide. These newly formed atomic-sized molecules became stabilized by the sub-nanometric pores of the MOFs. Using MOFs in this way to form and stabilize SNPs helped reduce the overpotential of battery electrocatalysts by 63% and improved the life-cycle 10-fold. 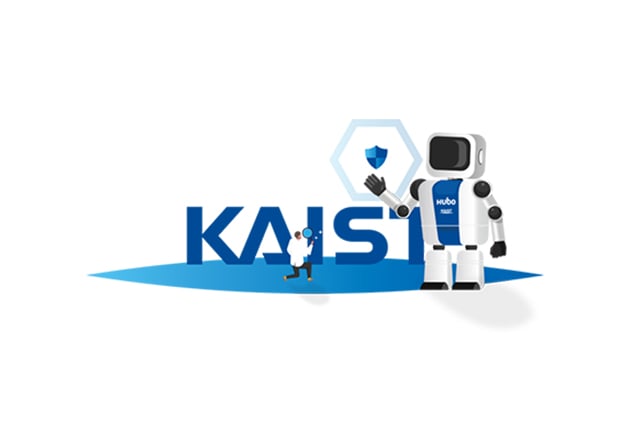 In a recent news release, professor Kang said that "simultaneously generating and stabilizing atomic-level electrocatalysts within MOFs can diversify materials according to numerous combinations of metal and organic linkers. It can expand not only the development of electrocatalysts, but also various research fields such as photocatalysts, medicine, the environment, and petrochemicals."

Research innovations like this one are paving the way for efficient battery power and storage utilization. Although already widely used in electrical vehicles, lithium-oxygen batteries may now be more extensively used for other applications that require a sustainable cyclability.