The Oxford City Council has announced the official launch of Europe’s most powerful EV charging hub. The Oxford Superhub is being developed by Pivot Power, part of EDF Renewables, and Oxford City Council, as part of Energy Superhub Oxford. The superhub brings together transmission-connected batteries and power infrastructure for EV charging to incorporate renewable energy use and drive forward the decarbonization of transport. 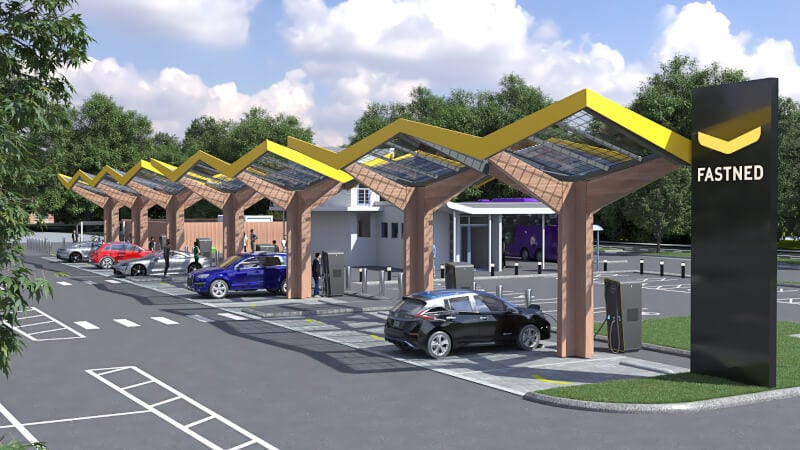 The superhub at Redbridge Park & Ride is the first in the UK to be directly connected to National Grid’s high voltage transmission system at Cowley substation via a four-mile underground cable. This will enable the delivery of 10 MW (megawatts) of power (which would be enough to power 400 cars simultaneously) and help to relieve strain on the local energy distribution network. A connection has also been installed at Oxford Bus Company’s Watlington Road depot. The Energy Superhub oxford project is undergoing continued collaboration with Oxford Bus Company and Stagecoach to move towards establishing fleets of zero-emission EVs. This transition would help improve air quality and support Oxford’s net zero 2040 target.

In a recent news release, the CEO and Co-Founder of Pivot Power, Matt Allen, commented, “Urban decarbonization is ground zero for the immediate emissions reductions needed to tackle the climate crisis. Energy Superhub Oxford provides a vision of the future, today. By delivering a world-leading project that cuts emissions across transport, power, and heat, we are breaking new ground to help the UK reach net zero sooner.”

Pivot Power intends to expand its £41 million project to deliver 40 charging hubs across the UK. Together with the UK Government and global partners, Pivot Power aims to provide support to help achieve Oxford’s net zero target by 2040. According to Oxford City Council, as much as 10,000 tonnes of carbon dioxide (CO2) could be saved every year, equivalent to taking over 2,000 cars off the road. A further saving of 25,000 tonnes of CO2 could be achieved by 2032.

The hybrid storage system will be managed by Wärtsilä’s GEMS Digital Energy Platform and Habitat Energy will employ its artificial intelligence (AI)-enabled battery trading system to optimize it.

Pivot Power has already begun construction of two other energy superhubs in Coventry and Sandwell, to the northwest of Birmingham. Once completed, Oxford City Council says that the network will be able to provide 10% of the energy that the UK will likely require by 2035.