Insights Into Inequalities in Tech

Insights Into Inequalities in Tech

A sociologist’s book looks deeper into inequality and opportunity in Silicon Valley.

Silicon Valley is known as the technology hub of the world. Its notoriety has been seen on the screen in television shows and movies, reflecting on the people and companies who made Silicon Valley home to some of the world’s largest tech companies and thousands of budding start-ups. 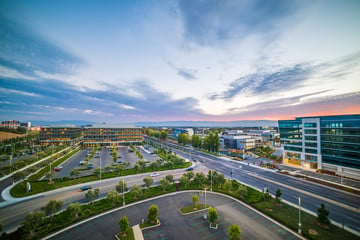 In an interview with EE Power, sociologist Dr. France Winddance Twine expands on the findings in her new book, Geek Girls, about how the male-dominated engineering and tech industry limits opportunities for women and people of color. She discussed what brought her attention to the inequalities in tech and what she learned from close to a hundred interviews with a diversity of male and female technology workers from Apple, Twitter, Facebook, Google, and various start-ups.

Following her time at the University of California, Berkeley, Twine lived in the Mission District of San Francisco. Google had just opened a new office in the neighborhood, and former mayor Ed Lee had offered Twitter their infamous tax breaks to stay in San Francisco.

As more tech companies moved into Silicon Valley, families of the employees who didn’t want to live in the city of San Francisco moved into and quickly gentrified the Mission District. A symbol of this economic change was most visible in the private shuttles, then went between the Mission District and Silicon Valley to take the new “techies” to work.

Twine noticed the transformation of the tech boom and began interviewing her neighbors to discover the effects. She learned that the majority of the people in tech who she interviewed had no relationship with the local residents. They came from Boston, New York, and other parts of the country to work at these big companies.

It was a huge migration from the East Coast to San Francisco and the Bay Area, which suggested there was no investment in the local community; local people weren’t being hired and benefitting from the tech boom; instead, they were being forced to move out as rent prices went up.

In 2014, Google, Facebook, and other companies began responding to a Freedom of Information Act filed about hidden demographic information. Suddenly, the world learned that these companies had fewer than 2% black employees and 4-6% Latino and Asian employees ‒ who aren’t necessarily U.S. nationals‒and are over 80% male. Public opinion did not look favorably on this data.

The CEOs argued that they couldn’t find talent in black and Latinx communities. They blamed the educational system, claiming there was a lack of education, training, and general interest.

The Beginning of Geek Girls

Twine started to interview the community again. Together with a research partner, she interviewed about 90-95 people, men and women in the tech industry, 30% of whom identify as LGBTQ. The intention behind the interviews was to discover the occupational pathways of women in tech and how they got their jobs. 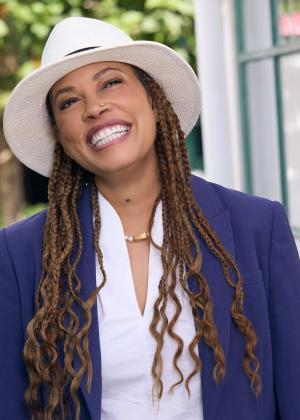 Dr. France W. Twine has written the first book analyzing the inequalities of Silicon Valley from the lens of a sociologist. Image used courtesy of Dr. France W Twine

First, all of the participants completed surveys answering questions that took a unique perspective. Rather than focusing solely on the individual, Twine chose to take a holistic approach by inquiring about the women’s background and family system.

By doing this, she found that about 40% of the white women engineers and 90% of the South Asian women engineers who were interviewed have families in the tech industry. Of black women, the majority of them had no family members in tech.

“I think that’s a finding that you’re not going to see if you’re not using a sociological lens,” Twine told EEPower.

While conducting her research, Twine saw a big increase in the number of gender discrimination, pay discrimination, and sexual harassment lawsuits being filed by women‒primarily white and Asian women‒in the tech industry. But these women were going to court and losing against big firms.

In an anti-union industry, employees can lose their bargaining rights, and women risked being fired for not sleeping with the boss. In her interviews, Twine found that conventionally feminine women reported experiencing more instances of harassment and discrimination than those who were nonbinary, genderfluid, or transgender, who reported that it was easier for them to fit in with the “bro culture.”

Twine’s book is unique in that it is the first one to consider the caste system in India. While only 4% of the population of India is Brahmin, the highest level of the caste system, the majority of Indians working in Silicon Valley are Brahmin. This is not representative of India and is hiring from the most economically and socially privileged group.

Within the U.S., Twine’s research found that black women have the most complicated time receiving job offers from tech companies. While racism plays a part, there is also the lack of “co-ethnics,” which is someone from the same racial or ethnic background in your job or environment. This can make it difficult to build connections that are often necessary to get jobs in certain companies.

One black woman, who is called Maya in Geek Girls, didn’t come from a tech background, but she taught herself how to code and launched her own business at 19. Maya was interested in getting a job at a tech firm. She worked on several temporary contracts, volunteered for free on some projects, and practiced 150 interview questions daily. She went through 15 stages of interviews for one job and still didn’t get it. Ultimately, she could connect with a white female colleague who vouched for her skill, and Maya was offered a job.

“If it weren’t for the white colleague endorsing her, she wouldn’t have gotten the job,” said Twine. “So her story just kind of showed how much skills are trumped by networks.”

Women’s network and proximity to a male engineer seemed to have the greatest impact on their ability to get a job at a tech company.

Twine found that a quarter of the women she spoke with didn’t have a STEM degree but rather had taken the opportunity to complete a coding boot camp. Many of these women had husbands, boyfriends, or fathers who worked in tech. This not only funded the boot camp but allowed them to feel comfortable taking time off or leaving their jobs to pursue something new.

It also gave many of these women direct connections to people within the companies. If they faced discrimination, it was easier for them to job-hop because of their network. This is a much different experience from the women who are “first-generation tech.”

Unfortunately, when companies choose to diversify, they can often choose what that looks like. Being white and LGBTQ-identifying can be considered diverse while being a redhead in an office with no redheads can also be considered diverse, which means without standards and accountability, diversity may not equal global representation. 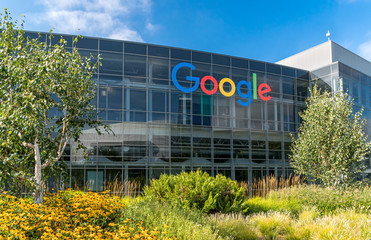 Google was among the companies that faced fallout about employee demographics. Image used courtesy of Adobe Stock

Twine says the answer lies in industry regulation and accountability. There needs to be more consideration for what makes someone qualified for a tech role. Given that many women entering the field today went back and received a computer science degree, there’s a certain level of commitment and emotional intelligence that this demonstrates, which isn’t being recognized.

Companies can also start to offer a greater number of internships at a high school level, especially within communities that are known to lack educational resources. Additionally, showcasing the different pathways into tech, many artists have gone on to become graphic designers for apps and websites.

Luckily, there has been an uptick in new networks recently built by women to support women in tech. Serena Williams has created her own venture capital firm, and other wealthy women or women who have won discrimination cases are investing their money in female-run start-ups. Right now, women only receive about 2% of venture capitalist money in Silicon Valley.