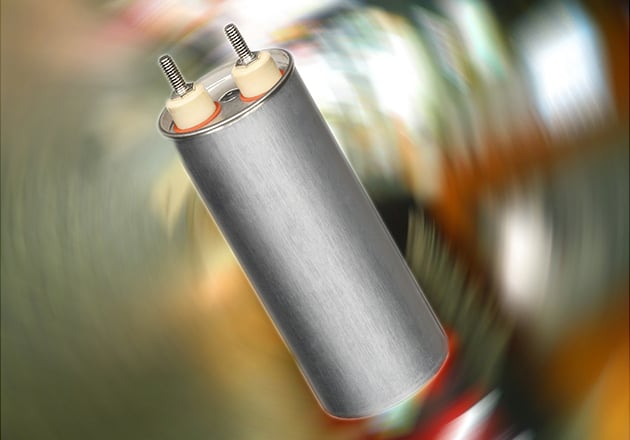 The series is typically networked with inductors to filter out undesirable harmonics in both single-phase and three-phase AC power systems. As a two-terminal capacitor device, multiple PC series capacitors can be connected in delta or wye configurations to achieve the reactive power and harmonic tuning needed to filter out the unwanted frequencies. The presence of multiple harmonics puts additional stress on capacitors in the form of self-heating. The PC series is designed with robust terminations and low equivalent series resistance (ESR), to minimize heating. The service life objective of the PC series is 60,000 hours when operated at full rated voltage and a case hot spot of 70 °C.

The PC series is offered with capacitance ratings ranging from 20 µF to 125 µF at voltage ratings from 300 Vac to 700 Vac. Case diameters vary from 63.5 to up to 116mm. Custom capacitance and voltage ratings, sizes and performance characteristics are also available. Specific application conditions, especially harmonic content profiles, are needed to properly size the capacitors for peak performance.

The PC series enhancements add capabilities to the broad range of AC harmonic filtering solutions offered by the company. These include three-phase cylindrical and welded rectangular cases used in large inverter systems. Cornell Dubilier also offers rack-mount systems, designed and fabricated in-house, to allow for easy integration of capacitor banks into the mechanical design of a filter system.