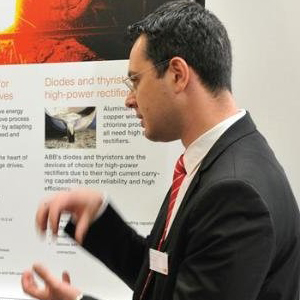 Vasilis Kappatos worked as the Senior Application Engineer for Power Semiconductors at ABB Switzerland since April of 2014. Now, he works as the Bid and proposal engineer for MV drives since March 2018. He is highly skilled in the field of photovoltaics, solar energy, as well as electrical engineering field. He earned his Diploma as a Technologist Electrical Engineer at the Technological Education Institute of Piraeus where he was an apprentice at the industrial automation switchboards design and implementation department. He then earned his Diploma in Electrical and Computer Engineering, Power Systems, Power Electronics - Automation at the University of Patras.